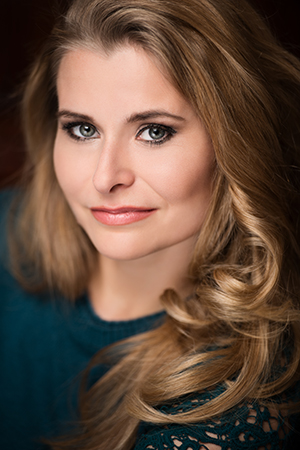 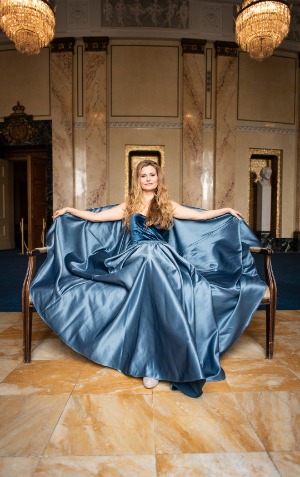 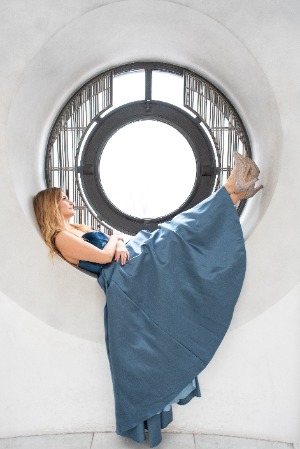 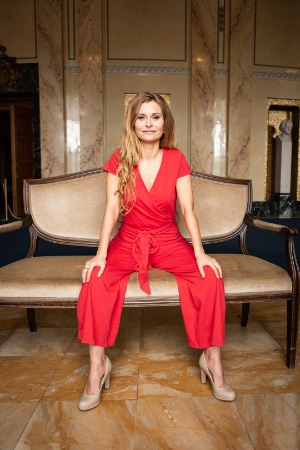 This summer, coloratura soprano Beate Ritter successfully jumped in as Zerbinetta (Ariadne auf Naxos) at the prestigious Festival del Maggio Musicale Fiorentino, conducted by Daniele Gatti. In the 2021/2022 season, she also jumped in this role at Theater Bielefeld.

The beginning of the 2021/22 season marked her debut at the New Israeli Opera performing as the Queen of the Night in Mozart's Die Zauberflöte. She returned for a series of New Year’s Concerts with the Tonkünstler Orchestra in the Wiener Musikverein in December.

Beate Ritter began 2019/20 with her house debut at the Opéra de Lausanne in her standout role of Olympia (Les Contes d'Hoffmann). As an ensemble member at the Stuttgart State Opera, her appearances included more performances of Olympia and a role debut as Norina (Don Pasquale). She also sang Musetta (La bohème), Gilda (Rigoletto), and the Queen of the Night (Die Zauberflöte).

In the 2018/2019 season, the Austrian coloratura soprano joined the new ensemble at the Stuttgart State Opera. Alongside her signature roles of Zerbinetta and Olympia, she made two role debuts as Gilda and Musetta. Guest engagements in this season included the Queen of the Night and Olympia at the Vienna Volksoper, as well as the Carmina Burana soprano solo in Eisenstadt and a series of solo appearances in various U.S. cities with the „Salute to Vienna“ concerts in December 2018 and January 2019. In May 2019 she stepped into the role of Zerbinetta at short notice for a production of Ariadne auf Naxos at the Deutsche Oper am Rhein.

In the 2017/18 season, the high-coloratura soprano made her long-awaited debut in the title role of Lakmé with the Malmö Opera, and returned to the Vienna Volksoper for performances of Queen of the Night, Adele, Walter in La Wally, and Olympia.

The artist celebrated two important debuts in the 2016/17 season: as a soloist with the Tonkünstler Orchestra in a series of New Year's concerts in Vienna, and a notable role debut as Zerbinetta, which she sang in a house debut at the Opéra national de Lorraine as well as the Glyndebourne Festival. She also returned to the Komische Oper Berlin as Queen of the Night, and had spectacular success in the fall as Olympia in the premiere of the new Barbe/Doucet production of Offenbach's Les Contes d'Hoffmann at the Vienna Volksoper. Other roles at the Volksoper that season included Rosina in the revival of Rossini's The Barber of Seville, the soprano solo in Carmina Burana, Adele in Die Fledermaus, and Walter in the premiere of Catalani's La Wally.

In the 2015/16 season, Beate continued as an ensemble member at the Vienna Volksoper with appearances as the Queen of the Night in Die Zauberflöte, Adele in Die Fledermaus, Annina in Johann Strauss's Eine Nacht in Venedig, Anastasia in Emmerich Kálmán's Die Csárdásfürstin, and Frasquita in Carmen. On the concert stage, she sang the soprano solo in Carl Orff's Carmina Burana and the "Musik gegen Windmühlen" concerts at the Volksoper, and was a soloist for the September 2015 benefit gala "Kunst auf Rädern" at the Theater an der Wien. Other season highlights included singing in a New Year's Concert with the Orchestre National de Lyon under the baton of Sasha Goetzel and a return to the Leipzig Opera as the Queen of the Night. In May 2016, she toured Japan with the Vienna Volksoper, where she appeared as Adele, Anastasia, and Olga (Die lustige Witwe).

Beate Ritter was a member of the Vienna Volksoper from 2010 to the end of 2017/18, where she won the admiration of the local press and audience due to her outstanding interpretations of Mozart's Queen of the Night and Blonde as well as Adele in Die Fledermaus.

In 2013 her Blonde at the Angers-Nantes Opéra and the Teatro dell'Opera di Roma revealed her ability to set standards with Mozart's roles written for coloratura sopranos. In December 2013 the Staatstheater am Gärtnerplatz specifically requested Beate Ritter's unique version of the Frühlingsstimmen-Walzer by Johann Strauss (son) for their Viennese Operetta Gala Concert at the Munich Gasteig.

Beate Ritter studied at the University of Music and Performing Arts Vienna as well as the Music and Arts University of the City of Vienna. She gave her operatic debut in 2009 at the Theater an der Wien as Yniold in Debussy's Pelléas et Mélisande under the baton of Bertrand de Billy and alongside Natalie Dessay. The beginning of her career was marked by further engagements at the Theater an der Wien, as Narcissa in Haydn's Philemon und Baucis and Damigella in Monteverdi's L’incoronazione di Poppea, as well as appearances in children's operas at the Vienna State Opera.

Her performance under the lead of Daniele Gatti was met with great acclaim.

Beate Ritter makes her debut as Zerbinetta at Staatsoper Stuttgart

After a brilliant jump in as Zerbinetta at Deutsche Oper am Rhein a few weeks ago, soprano Beate Ritter made her debut singing the role at the Staatsoper Stuttgart yesterday evening in their production of Ariadne auf Naxos. The reviews are in:

Beate Ritter jumps in as Zerbinetta at Deutsche Oper am Rhein!

Austrian Soprano Beate Ritter will jump in singing the role of Zerbinetta in Ariadne auf Naxos at Deutsche Oper am Rhein tomorrow evening May 17th at 19:30! Toi toi toi Beate!
She has currently been rehearsing to perform the same role in Stuttgart this season.

Rebecca Nelsen debuts as Antonia alongside Beate Ritter as Olympia in Hoffmans Erzählungen at the Volksoper!

This Wednesday, April 17th, Rebecca Nelsen will make her role debut as Antonia in Offenbach’s Hoffmanns Erzählungen. Beate Ritter will return to the stage at the Volksoper as Olympia in the same show. Toi toi toi ladies!
Conducted by: Alexander Joel, Stage Direction by: Renaud Doucet
Additional performances for Nelsen: 26.04, 02.05, 07.05
Additional Performances for Ritter: 21.04, 02.05, 05.05

Austrian Soprano Beate Ritter celebrates a fantastic debut at Staatsoper Stuttgart this month as Gilda in Verdi’s Rigoletto. Additional performances: 17, 23, 28 Nov 2018
”Beate Ritter, a new ensemble member who was previously at the Vienna Volksoper, immediately won over many hearts with her house and role debut. Her impassioned acting – veering between a lover and a rebel – and a superbly poised vocal performance earned her the biggest audience response of the evening. After some brief huskiness on […]

Soprano Beate Ritter makes her house and role debut in the title role of Lakmé at Malmö Opera from 14th October 2017. The production is conducted by Philipp Augin and directed by Nicola Raab.

Soprano Beate Ritter and tenor Lorin Wey make their house and role debuts in Richard Strauss’ Ariadne auf Naxos at the Opéra National de Lorraine in Nancy singing the roles of Zerbinetta and Tanzmeister on June 6, 2017!
The production is conducted by Rani Calderon and directed by David Hermann.
Further performances: 8./11./13./15 June 2017.

Soprano Beate Ritter makes role debut as Walter in A. Catalani’s La Wally at the Volksoper

Soprano Beate Ritter makes her role debut as Walter in A. Catalani’s La Wally at the Volksoper on Wednesday, 29th March 2017 at the Volksoper Vienna in a production conducted by Marc Piollet and directed by Aron Stiehl.
Further performances: 2/5/12.April 2017.