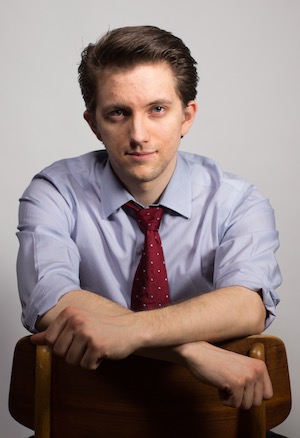 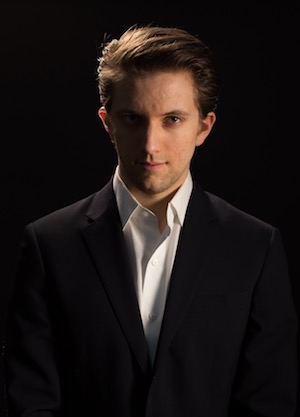 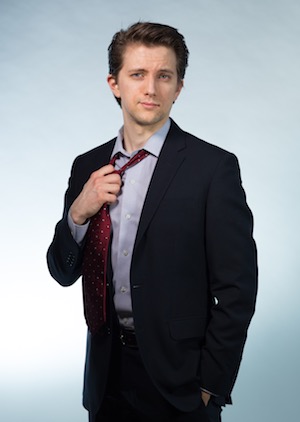 2019/20 sees Dániel Foki return for his second season at the Komische Oper Berlin's Opera Studio, where the baritone will debut the roles of Baron Douphol (La traviata), Baron Bogumil Barczewsky in the German premiere of Paul Abraham's Dschainah, das Mädchen aus dem Tanzhaus, Roderich Zirbtz in Jaromir Weinberger's Frühlingsstürmen, and Marullo in Barrie Kosky's acclaimed staging of Rigoletto. He will reprise the roles of Martin (Candide) and Mendel (Fiddler on the Roof), and also appear as Alfons der Viertel-vor-Zwölfte/Nepomuk/Oberbonze Pi Pa Po in the premiere of Elena Kats-Chernin's new children's opera Jim Knopf und Lukas der Lokomativführer. In autumn 2020 Daniel will make his debut at Staatstheater Klagenfurt as Schemeriah in Erich Zeisl's Hiob.

His roles at the Komische Oper Berlin in 2018/19 included Schaunard in a new Barrie Kosky production of La bohème, Mendel in Fiddler on the Roof, and the Male Cat/Grandfather Clock in L'enfant et les sortilèges. He also appeared as Karl in Attila Kadri Şendil's new children's opera Die Bremer Stadtmusikanten, and covered the roles of Maximilian and Martin in the company's mainstage production of Bernstein's Candide.

In 2017-18, the young singer made his company debut with the Neue Oper Wien, appearing as Junior in a new production of Leonard Bernstein’s opera A Quiet Place. He also sang the role of Moralès in Bizet’s Carmen at the Opéra Royal de Versailles, in a performance conducted by Jean-Christophe Spinosi.

The 25-year-old baritone was born into a music-loving family in Szombathely, Hungary. His childhood ambition to become an actor led him to his hometown music school, where he quickly became fascinated by the world of opera and was particularly inspired by stars such as Bryn Terfel and Cecilia Bartoli. After graduating high school, he was admitted to the University of Music and Performing Arts in Vienna, where he studied singing with Professor Karlheinz Hanser and operatic stage direction with Professor Beverly Blankenship. He subsequently enrolled in the university’s master program in art song and oratorio under the supervision of Professor Charles Spencer. While studying in Vienna, he participated in masterclasses with Helmut Deutsch and Kristinn Sigmundsson. He also appeared in several university productions at the Schönbrunn Palace Theater, with roles including Count Almaviva in Mozart’s Le nozze di Figaro and Dr. Falke in Strauss's Die Fledermaus.

Dániel’s operatic repertoire includes works by composers ranging from Monteverdi through to Menotti. At the Munich Kammeroper, he sang Dandini in a production of Rossini’s La Cenerentola, and in 2016, he performed the title role of Mozart’s Don Giovanni in a university touring production at the Stadttheater Baden. He was awarded the first prize and audience prize in the 2016 Nico Dostal Vocal Competition, and in the same year also won first prize in the voice section of the 24th International Johannes Brahms Competition.

Baritone Dániel Foki debuts as Marullo in the revival of Barrie Kosky’s production of Rigoletto at the Komische Oper in Berlin. The show begins at 19:30 this Friday February, 7th.

Young Baritone Daniel Foki makes his debut this Sunday December 1st as Barone Douphol at the Komische Oper in Berlin. Foki is currently in his second season as a member of the Komische Oper’s Opera Studio. The production premieres at 18:00.

Baritone Dániel Foki made his very successful debut as Schaunard in Barrie Kosky’s new production of Puccini’s La Bohème this past weekend on January 27th and the reviews are in:

“The young hungarian baritone Dániel Foki, a member of the Komische Oper’s opera studio, can be considered a real discovery in the role of Schaunard. There’s great talent on the rise here. His curtain call together with Vera-Lotte Böcker sparked the most applause.” – Online Merker

Upcoming debut for Dániel Foki at the Komische Oper