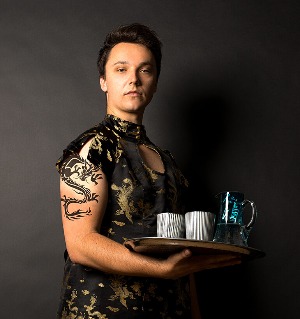 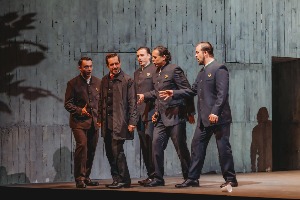 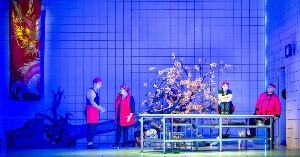 Twenty-two year-old Tirolean tenor David Kerber has already begun to attract attention from opera houses and concert venues at his early age with his astonishing timbre and musicality, and stage presence.   A recent prizewinner of the Maria Caniglia International Singing Competition (Nov 2021 – 3rd Prize)  in Italy and the Haydn Competition for Classical Lied and Aria in Lower Austria, (June 2021 – 2nd Prize), David has already secured engagements for the 2022-23 season where he will debut the roles of Tamino (Die Zauberflöte) and Alfred (Die Fledermaus), among others.   Liederabends and concerts also are part of his exciting schedule in upcoming seasons, including a Pleyel evening as part of the Serenade Concerts in Lower Austria in September 2022, and a Christmas Oratorio with the Wilten Boys Choir in December 2022.    He has also been invited to compete in Elina Garanca and Karel Mark Chichon’s prestigious scheme for young artists ‘’Voices of the Future’’in Gottweih, Austria, taking place in July 2022.

David made his operatic debut as a tenor soloist at the Bregenz Festival in 2019 as a member of the opera studio at the Theater am Kornmarkt in Tchaikovsky’s Eugene Onegin (Triquet) under the baton of Valentin Uryupin and in Verdi’s Rigoletto (Paggio) on the floating stage under the baton of Enrique Mazzola that same summer.

David began his classical singing training at the age of five with the Wilten Boys' Choir under the direction of Prof. Johannes Stecher, where he continues to this day to perform concerts and oratorios.    Already as As a choirboy he participated in numerous opera productions at the Tyrolean State Theater, the Tyrolean Festival in Erl, at the Vorarlberg State Theater and at the Salzburg Festival. He sang the boys' roles from Lohengrin and Parsifal by R. Wagner , Tosca by G. Puccini, Magic Flute by WA Mozart and the main role in the commissioned work of the Salzburg Festival "Meine Bienen. Eine Schneise" based on text by Klaus Handel and with music by Franui.

David Kerber has received strong artistic impulses through the collaboration with KS Brigitte Fassbaender, among other things in master classes as part of her Eppaner Liedsommers.   Together with Austrian actress Maresa Hörbiger, he created the evening program "Write to me or I am dying" – evenings of recitation and song - performed and staged in theaters in Vienna.

A particular passion of Davids is baroque music, and the artist has been heard dozens of  times with JS Bach’s Christmas Oratorio, Matthäus Passion, as well as G.F. Handel’s Messiah, and numerous Bach cantatas.

In February 2019 David made a debut at the Vienna Cafesiederball alongside KS Angelika Kirchschlager accompanied by the Vienna Opera Ball Orchestra.  He has also made a film debut when he was engaged to perform the soundtrack in the film "Two Men in a Suit", released in 2018.

In August 2019 David was awarded the prestigious sponsorship prize of the Professor Armin Weltner Foundation from Zurich, which is awarded annually to young, highly talented singers from Austria and Switzerland.

The astonishingly talented 22-year old Tirolean tenor David Kerber has joined the roster of Sono Artists for General Management. Most recent news for the young tenor include 3rd Prize at the Maria Caniglia International Singing Competition in Italy in November 2021, and the Haydn Competition for Classical Lied and Aria, 2nd Prize, in June 2021.