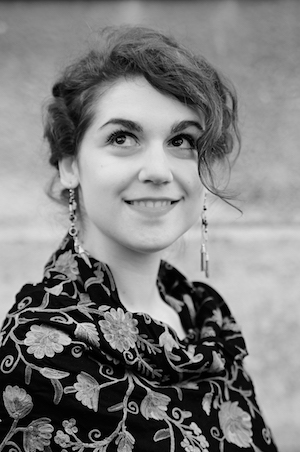 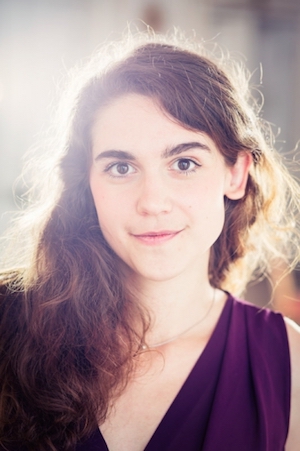 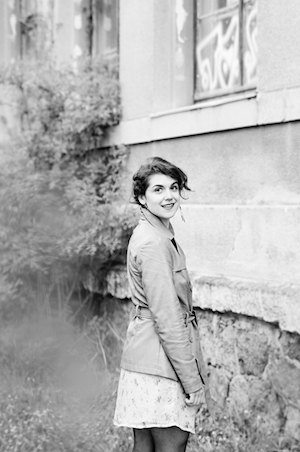 In 2020/21 mezzo-soprano Fanny Lustaud continues her engagement in the ensemble of Theater Aachen where she will debut the roles of Diana in Cavalli's La Calisto, Belle (La Belle et la Bête by Phillip Glass), and Carmen (Carmen).

The young mezzo returned to the ensemble of Theater Aachen in 2019/20 with her debut as Charlotte in Massenet's Werther in December. Other roles planned for her in the 2019/20 season included Pauline in Pique Dame and Diana in Cavalli's La Calisto.

The young artist was previously a member of the opera studio at the Opéra national du Rhin, where she was involved in several productions at the main house in Strasbourg. She appeared as Adonella in Riccardo Zandonai’s Francesca da Rimini in December 2017, and sang Uiko in Toshiro Mayuzumi’s The Temple of the Golden Pavilion in March and April 2018. She also covered Cherubino in Le nozze di Figaro and Olga in Eugene Onegin. Her 2017/18 appearances in the opera studio’s ‘Midis lyriques’, a matinee series performed in both Strasbourg and Colmar, included a concert of selections from Figaro-themed operas, a homage to Charles Gounod with extracts from Roméo et Juliette, and a program of music from interwar Berlin and Vienna.

Fanny was born in 1989 in France and began studying the horn at the age of six. Encouraged by conservatory teachers to develop her singing voice, she began formal vocal studies in Paris, which led to an undergraduate degree in vocal performance. She continued her training at the University of Music and Theater in Leipzig, completing a master’s degree in opera singing in 2015 and subsequently enrolling in the advanced master class of Regina Werner-Dietrich. During her studies, she not only sang roles in student productions such as Dorabella in Così fan tutte and the Countess in Der Wildschütz, but was also engaged professionally for concerts in the large hall of the Gewandhaus: appearing in the Salonorchester Cappuccino's concert series, she performed Oktavian in excerpts from Der Rosenkavalier in 2014, and Prince Orlofsky in Die Fledermaus in 2015.

Highlights of 2016 included invitations to the Wanderoper Brandenburg (for the Countess in Der Wildschütz) and the Aix-en-Provence Festival (for Seven Stones, a new chamber opera by Ondřej Adámek). Fanny returned to Aix in summer 2017 as a member of the festival academy, where she covered the Mauvais élève and the Chanteuse de cabaret in Pinocchio, a new opera by Philippe Boesmans, both in Aix and a couple of months later in Brussels when the production opened at La Monnaie. In 2017, she also appeared as a solo singer in a theater production of Ibsen’s Peer Gynt at the Schauspiel Leipzig.

Fanny competed as a finalist in both the 2016 DEBUT contest and the 2015 Lortzing Competition. She was a recipient of the Jutta Schlegel memorial scholarship at the Opera Oder-Spree festival and has taken part in masterclasses led by Vincent Le Texier, Leontina Văduva, Udo Reinemann, Dietrich Henschel, Mitsuko Shirai and Brigitte Fassbaender. Alongside her singing studies, she also obtained a degree in French Literature from Paris Diderot University.

Mezzo soprano Fanny Lustaud will make her role debut as Charlotte in Massenet’s Werther at the Theater Aachen this evening December 13th at 8pm.