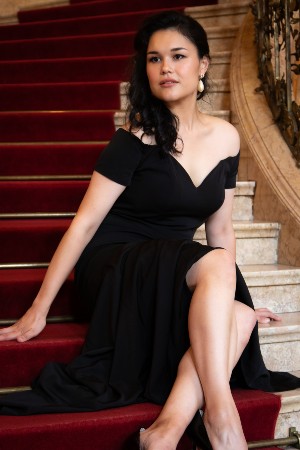 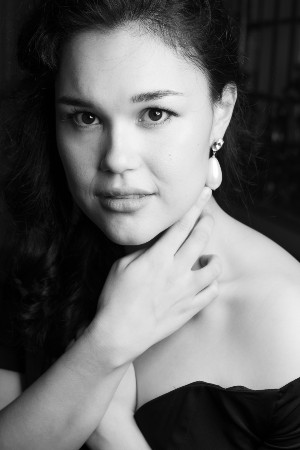 Since winning First Prize in the highly coveted German Australian Opera Grant in 2018, Fleuranne relocated to Wiesbaden, Germany in 2019 to take up her position in the ensemble of the Hessisches Staatstheater, which she now calls her home theatre. Since arriving in Wiesbaden, she maintained an impressive performance schedule in such roles as Dorabella (Così fan tutte), Wellgunde and Rossweiße (Der Ring des Nibelungen), Third Maid (Elektra), Mercédès (Carmen), Sonyetka (Lady Macbeth of Mtsensk), Zweite Dame (Die Zauberflöte), Annina (Der Rosenkavalier), and critically acclaimed performances of Charlotte (Werther). In 2022, Ms. Brockway also attended the Accademia del Belcanto "Rodolfo Celletti" and made her debut at the renowned Festival della Valle d'Itria as Carlotta in Salieri's La scuola de' gelosi. In the 2022/23 season, audiences can look forward to hearing her as Hänsel (Hänsel und Gretel), Maddalena (Rigoletto) and the title role of Carmen (Carmen), among others.

She performed with the West Australian Opera as a Wesfarmers Young Artist and the recipient of the Bendat Scholarship for their 2017/18 season, making her role and company debut as as Mercédès in Bizet’s Carmen. Previously, she was selected for the Developing Artist program with Victorian Opera, making her role and company debut as Mrs. Mayor in the world premiere of the children’s opera The Pied Piper, composed by Richard Mills. Her other professional engagements have included the roles of Meg Page in Verdi’s Falstaff, and Cherubino in Mozart’s Le nozze di Figaro in concert with the Queensland Symphony Orchestra.

In addition to being in high demand on the operatic stage, Fleuranne Brockway has enjoyed remarkable success on the competition circuit. In 2022, she won first prize and best female voice at the prestigious Concorso Lirico Internazionale di Portofino and was a semifinalist of the Operalia Competition. In 2021, she was recognized as a finalist in the prestigious International Hans Gabor Belvedere Competition and a winner in the Joan Sutherland and Richard Bonynge Bel Canto Award. She was also a recipient of the Dame Heather Begg Memorial Award from the Melba Opera Trust, with whom Ms. Brockway has enjoyed a long-standing and fruitful relationship. In 2018, the young mezzo-soprano was the inaugural recipient of the Australian International Opera Award’s Royal College of Music Award. Another of her notable achievements was winning First Place in the Australian National Liederfest Competition, securing her place at the renowned Franz Schubert Institute in Vienna, where she participated in masterclasses with Roger Vignoles, Julius Drake, Elly Ameling, and Helmut Deutsch.

From 2019 to 2020, Fleuranne Brockway was a member of the prestigious Royal College of Music (RCM) International Opera Studio in London, where she completed her Artist Diploma in Opera under the tutelage of acclaimed Scottish soprano Janis Kelly. The mezzo-soprano graduated with her Bachelor of Music (Classical Vocal Performance) from the University of Western Australia, where she studied under Megan Sutton. Following her bachelor’s degree, Fleuranne joined the private voice studio of internationally renowned dramatic baritone and voice teacher Gregory Yurisich AM. Later, she was selected as a Melba Scholar with the Melba Opera Trust, which provided her with invaluable professional development and performance opportunities. She is grateful to have received the Annie McFarling and Ruskin Scholarship as part of that program. Ms. Brockway also participated in the Lisa Gasteen Opera School from 2014 to 2016.