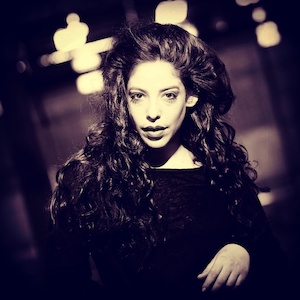 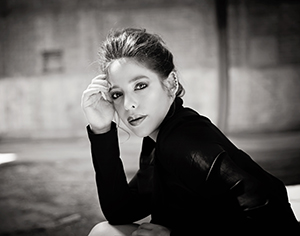 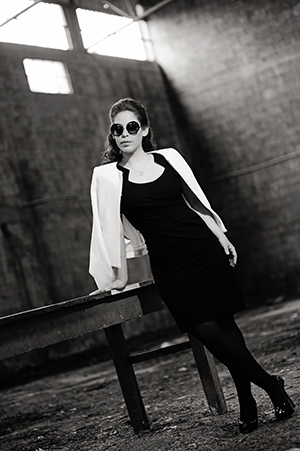 This summer, soprano Gan-ya Ben-gur Akselrod debuted at the Festival d'Aix en Provence as Nurit in the world-premiere of Adam Moar's opera The Sleeping Thousand and gave a recital. She will reprise this role at the Grand Théâtre de la Ville de Luxembourg in January 2020. Further plans for 2019/20 include another concert tour with 'The World of Hans Zimmer - A Symphonic Celebration'.

In April and May 2019, she made her debut at the Stuttgart State Opera with the principal role of Madame Mao in a new production of John Adams' minimalist masterpiece Nixon in China. Other engagements in the 2018/19 season included the role of Clorinda in Rossini's La Cenerentola at the Oldenburg State Theater, a recital at the Vienna Lieder Herbst Festival in November 2018, where she performed with the pianist Hafez Babashahi, and a European concert tour with 'The World of Hans Zimmer - A Symphonic Celebration' in the fall.

In 2017/18, the Israeli-American artist made her debut as Lauretta in Gianni Schicchi with the iSing Festival in China, and as the Countess in Mozart's Le nozze di Figaro with the Jerusalem Camerata. In April 2018, she competed in the Lotte Lenya Competition in New York City and received the Lys Simonette Award.

During the 2016/17 season, Gan-ya appeared with the Israel Camerata Jerusalem and conductor Avner Biron in Haydn’s Creation. She also sang a principal role in Fabián Panisello’s contemporary opera Le malentendu at the Neue Oper Wien, in a co-production with the Teatro Real in Madrid and the Teatro Colón in Buenos Aires.

Gan-ya began the 2015/16 season as Blondchen with Glyndebourne Opera on tour (cover), and then returned to the Theater an der Wien as a guest to sing the role of Lucy in Weill's Dreigroschenoper, in a production directed by Keith Warner and conducted by Johannes Kalitzke. In spring 2016, she made her debut at the Théâtre du Capitole in Toulouse as Elvira in Rossini's L'italiana in Algeri.

After winning First Prize at the Hilde Zadek Competition in Vienna in 2013, the young soprano was invited to join the Young Ensemble of the Theater an der Wien for the 2013/14 season, where she sang Tamiri (Semiramide, Vinci/Handel), Clorinda (La Cenerentola) and Servilia (La Clemenza di Tito), and gave a solo recital. In November and December 2013, she appeared in the role of Bubikopf in Viktor Ullmann's Der Kaiser von Atlantis with the Klangforum Wien in Vienna.

In 2014/15, Gan-ya completed her second season with the Young Ensemble of the Theater an der Wien, where she was heard as Almirena in Handel's Rinaldo, and as Therese in a new production of Poulenc's Les Mamelles de Tiresias at the Vienna Kammeroper. On the main stage of the Theater an der Wien, she debuted the role of Barbarina in a new production of Mozart's Le nozze di Figaro conducted by Marc Minkowski. A festival debut followed at the Händel Festspiele Halle, where she sang Tamiri in Semiramide (Vinci/Handel). She also appeared with the Israeli Chamber Orchestra, as Amor in a concert performance of Gluck's Orfeo, and in summer 2015, she was invited to the Aix-en Provence Festival to participate in the 'Opera en Creation' workshop, in which she sang the title role of Golden Lily in an opera by Mandy Fang.

Gan-ya's experience on international opera stages also includes the role of Bauernjunge in Weingartner's Die Dorfschule at the Deutsche Oper Berlin. In New York, she has performed Thaïs (in Massenet's Thaïs), Marfa (in Rimsky Korsakov's The Tsar’s Bride), and Michaela (in Bizet's Carmen), all with the Brooklyn Orchestra, as well as Bubikopf (in Ullmann's Der Kaiser von Atlantis) with Opera Moderne. In Israel, she has appeared as La Princesse and La Chauve Souris (in Ravel's L'enfant et les sortilèges) with the Buchman-Mehta Orchestra, and as Despina (Mozart's Così fan tutti), Belinda and Second Woman (in Purcell's Dido and Aeneas), Erste Knabe (in Mozart's Die Zauberflöte), and Barbarina (in Mozart's Le nozze di Figaro) with the Tel Aviv Music Academy and the Abu-Gosh Festival. She made her European debut in 2011 at Aix-en-Provence, and a year earlier had debuted at Carnegie Hall in New York with an opera gala.

Gan-ya has received numerous prizes and awards. In addition to her success at the Hilde Zadek Competition, she was also awarded the 2nd Prize at the 3rd International Voice Competition of the Güzin Gürel Arts & Science Foundation in Istanbul. She has also been received honors from the Brooklyn Conservatory of Music, the Paul Ben-Haim Competition, the America-Israel Cultural Foundation, the Ronen Foundation, the International Vocal Arts Institute and the Tel Aviv Music Academy. For her singing studies, she obtained a postgraduate degree in opera from the Conservatory of Music of the City University of New York.

Soprano Gan-Ya Ben-Gur Akselrod will debut at the Festival d’Aix en Provence in the world premiere of Adam Maor’s new opera The Sleeping Thousand  singing the role of Nurit- be sure not to miss the debut of this masterpiece on July 6th at 17:00! Toi toi toi Gan-Ya!
Conducted by: Elena Schwarz
Stage Direction by: Yonatan Levy
Additional Performances on: 8., 10., 12., 14 July

Sopranos Anna Davidson and Gan-ya Ben-gur Akselrod and baritone Kristjan Johannesson appear in Fabian Panisello’s Le malentendu inspired by the works of Albert Camus with the Neue Oper Wien from Tuesday, 21st February 2017 at the Semper-Depot in Vienna.
The production is conducted by Walter Kobéra and directed by Christoph Zauner.
Further performances: 24/25/27 February 2017.

Soprano Gan-ya Ben-gur Akselrod will perform in a series of concerts of Haydn’s Creation with tenor Thomas Hobbs, bass Peter Harvey, the Riga Chamber choir “Ave sol” , Benny Hendel, narrator and the Israel Camerata under the baton of Avner Biron.
Performance dates: 28/29/30 October 2016 at the Tel Aviv Museum of Art, 31 October at the Performing Arts Center, Ashdod, 1 November 2016 at the Henry Crown Hall, Jerusalem and 2 November 2016 at the Wix Auditorium, Weizmann Institute, Rehovot.

Soprano Gan-ya Ben-gur Akselrod makes her role debut as Konstanze in Mozart’s Die Entführung aus dem Serail at the Israeli Opera Festival in Akko. The production is conducted by Daniel Cohen and directed by Shirit Lee Weiss.
It will open on Thursday, 28th July 2016 and play a further performance on  Saturday, 30th July 2016.

Soprano Gan-ya Ben-gur Akselroid gives her house debut at Teatre du Capitole, Toulouse singimg the role of Elvira in Rossini’s L’Italiana in Algeri, this Tuesday, 17th May 2016. The production is directed by Laura Scozzi and conducted by Antonino Fogliani.

Soprano Gan-ya Ben-gur Akselrod is currently rehearsing the role of Lucy in Kurt Weills Dreigroschenoper at  Theater an der Wien. The production, which is directed by Keith Warner and conducted by Johannes Kalitzke, opens on 13th January 2016.

The members of the young ensemble of Theater an der Wien, soprano Gan-ya Ben-Gur Akselrod (as Servilia) and bass baritone Igor Bakan (as Publio), appear in the new production of La Clemenza di Tito, staged by Alberto Triola and conducted by Rubén Dubrovsky. Click here for all performance dates.