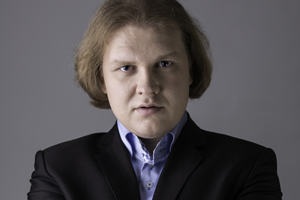 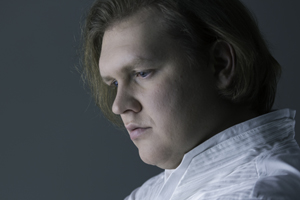 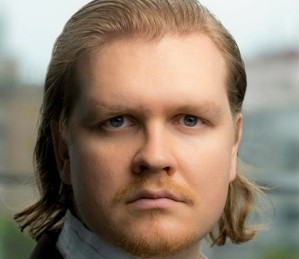 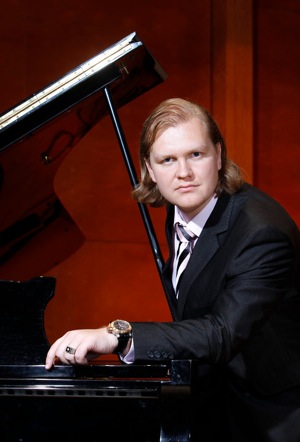 In July 2022, Mr. Bakan will be singing at an opera gala with the Phion orchestra under the baton of Claus Peter Flor at the Concertgebouw in Amsterdam.

The bass-baritone made his house debut at the Hessian State Theater of Wiesbaden in September 2018, appearing as Renato in a revival of Verdi's Un ballo in maschera. In 2018/19 he also returned to the Theater an der Wien, where he was cast as Bertrand in a new Lotte de Beer production of Tchaikovsky's rarely staged The Maid of Orleans.

In the 2017/18 season, he debuted with the Cologne Opera as Dr. Grenvil in Verdi's La traviata, and returned for his fourth season to the Malmö Opera in Sweden as Monterone in a new production of Verdi's Rigoletto directed by Kaspar Holten. In April 2018, he also made his debut at the legendary Vienna Musikverein, where he sang the bass solo in performances of Beethoven's Ninth Symphony with the Tonkünstler Orchestra.

During the 2016/17 season, Igor made his long-awaited debut as Figaro in Mozart's Le nozze di Figaro, appearing in a new Malmö Opera production directed by Peter Stein. He also returned to the Theater an der Wien for a new Peter Konwitschny production of Werner Egk's Peer Gynt, in which he sang the role of 3. Kaufmann/Haegstadtbauer.

Notable debuts in 2015/16 included the role of Ivan Yakovlevich in Shostakovich's The Nose  with the Neue Oper Wien and Renato in Un ballo in maschera at the Malmö Opera. In 2014/15, Igor debuted the roles of Raimbaud in Le Comte Ory at the Malmö Opera (house and role debut) and Masetto in Don Giovanni with the Bergen National Opera.

In his second year as part of the Young Ensemble in 2013/14, Igor was heard as Ircano in the Vinci/Händel Semiramide under Alan Curtis, Don Magnifico in  Rossini's La Cenerentola, Publio in La Clemenza di Tito, and Dr. Grenvil in La traviata on the mainstage. He also debuted the role of Pietro in a new Simon Boccanegra recording, released in September 2013 by Decca, with Thomas Hampson, Kristine Opolais, Joseph Calleja and Carlo Colombara with the Wiener Symphoniker and Massimo Zanetti.

In the 2010/11 and 2011/12 seasons Igor was an ensemble member at the Vlaamse Opera, and in his first season performed Oroe in Rossini’s Semiramide under the baton of Alberto Zedda, Der Einäugige in Strauss’ Die Frau ohne Schatten, Vittelius in Massenet’s Herodiade, and Il Tempo/Antinoo in Monteverdi’s Il ritorno d’Ulisse in Patria. His roles the following season at the Vlaamse Opera included Ivan Sjoeranin in Tchaikovsky’s The Enchantress, Don Prudenzio in Rossini’s Il Viaggio a Reims, Alcade/Chirurgo in Verdi’s La Forza del Destino, and Daniel in Donizetti’s Le duc d’Albe. In addition, Igor performed the role of Oroe in Semiramide at the Edinburgh Festival in summer 2011.

In 2009/2010 Igor was a member of the International Opera Studio at the Zürich Opera. His first guest engagement was in Strauss’ Elektra as An Old Servant as well as the cover for the role of Orest. He also appeared as A Jailer in Tosca alongside Thomas Hampson, under the baton of Nello Santi.

For the 2008/9 season Igor was a member of the Opera Studio of the Bayerische Staatsoper and appeared in many important productions including Verdi's Macbeth, Pfitzner's Palestrina, La bohème, Otello, and Lohengrin (starring Jonas Kaufmann and Anja Harteros, available on DVD). The same year Igor also appeared alongside baritone Paolo Gavanelli as Monterone in a concert performance of Rigoletto at the Herkulessaal in Munich with the Munich Opera Orchestra.

In January 2009 Igor won the Emmerich Smola Förderpreis in Landau, Germany and was featured in a documentary about the competition produced by SWR Television.

The young singer has won several other prizes and awards, including the 2nd Prize in Opera, Audience Prize, Prize of the Deutsche Oper am Rhein, Prize of La Scala di Milano, and Prize of the Stadttheater Klagenfurt at the 27th International Hans Gabor Belvedere Vocal Competition. He was also a finalist in the 1st International Singing Competition of the Savonlinna Opera Festival in July 2010.

Igor graduated from Klaipeda University with a degree in Voice in 2007. From 2006 to 2008 the young artist was a member of the Opera Theater of Klaipeda where he appeared in a number of roles including Don Basilio in The Barber of Seville, Prince Gremin in Eugene Onegin, the Commendatore in Don Giovanni, Uberto in La Serva Padrona, Dr. Grenvil in La traviata, and Figaro in Le nozze di Figaro.

Bass-Baritone Igor Bakan returns to his hometown to debut as Leporello at the Klaipėda Music Theater in Mozart’s Don Giovanni. The debut is this Wednesday May 22nd! In boca al lupo Igor!
Conducted By: Josef Wallnig, Stage Direction by: Jonas Vaitkus

Two of our fantastic artists, baritone Kristján Jóhannesson, and Bass-baritone Igor Bakan are making their role debuts respectively as Lionel and Bertrand in a new production of Tchaikovsky’s Die Jungfrau von Orleans at Theater an der Wien on March 16th!
Conducted by: Oksana Lyniv, Stage Direction by: Lotte de Beer

Igor Bakan returns to Vienna to debut with the Tonkünstler Orchestra with the bass solo of Beethoven’s Ninth Symphony conducted by Yutaka Sado.

Bass-baritone Igor Bakan sings the role of Monterone in a new production of Verdi’s Rigoletto at Malmö Opera from Saturday, 24th March 2018.

Bass-baritone Igor Bakan stars as dritter Kaufmann/Haegstadbauer/Zuhälter in a new production of Wernrer Egk’s Peer Gynt at the Theater an der Wien from Friday, 17th February 2017. The production is directed by Peter Konwitschny and conducted by Leo Hussain.
Further performances: 19/22/25/27/2 and 1/3.2017.

Igor Bakan will give his role debut in the title role of W.A. Mozart’s Le Nozze di Figaro at the Malmö Opera, alongside soprano Rebecca Nelsen, who will be giving her house debut with the role of Susanna. The production is directed by Peter Stein and conducted by Evan Rogister and will open on Saturday, 12th November 2016.