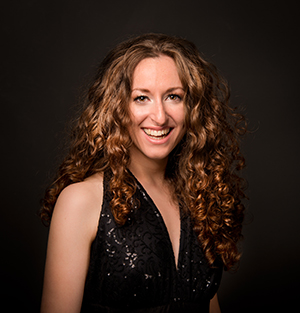 Soprano Jenifer Lary joined the ensemble of Theater Heidelberg for the 2020-21 season, and caused a sensation with her debut as Lulu in Alban Berg's opera in a new production directed by Axel Vornam (cond. Elias Grandy).  The production was livestreamed in April 2021-

For the seasons prior to the current, Jenifer was an ensemble member at the Gerhart-Hauptmann-Theater in Görlitz, Germany. While in Görlitz, Jenifer was heard in 2019/20 as Adele in Strauss's classic Die Fledermaus, Dinorah in Meyerbeer's opera of the same name, Annina in Strauss's Eine Nacht in Venedig, Jenny in Weill's Aufstieg und Fall der Stadt Mahagonny, Zerlina (Don Giovanni), and the lead role in Andrew Lloyd Webber's Evita.

Upon joining the Görlitz ensemble in 2017/18, Jenifer sang roles that season in four new productions at the Gerhart-Hauptmann-Theater: Wanda in Offenbach's The Grand Duchess of Gerolstein, Anna Gomez in Menotti's The Consul, the Young Shepherd in Tannhäuser, and Blondchen in Die Entführung aus dem Serail. With the role of Barbarina in Le nozze di Figaro, she also made debuts at the Bregenz Festival in summer 2017 and the Vienna Volksoper in early 2018.

Jenifer Lary studied singing with Ulrike Sych and Christa Razenböck at the Anton Bruckner Private University in Linz. She then pursued Master's studies in singing under Prof. Claudia Visca at the University of Music and Performing Arts Vienna, where she graduated with distinction in 2017.

Austrian Soprano Jenifer Lary makes her debut as Dinorah in Giacomo Meyerbeer’s opera of the same name this Saturday November 16th at the Gerhart Hauptmann Theater in Görlitz. The premiere starts at 19:30!

Jenifer Lary debuts as Marzelline in Görlitz this Saturday evening!

Soprano Jenifer Lary will make her role and festival debut at the Bregenzer Festspiele singing the role of Barbarina in Mozart’s Le nozze di Figaro from 14th August 2017. The production is conducted by Hartmut Keil and directed by Jörg Lichtenstein.
Further performances: 15./17./19.August 2017