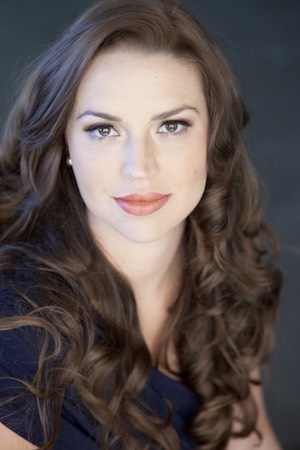 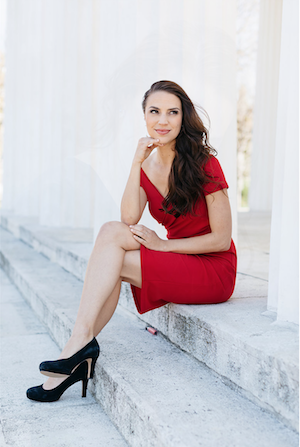 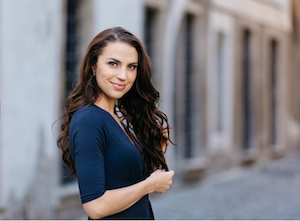 Soprano Jenna Siladie returned to the Theater an der Wien for her second year as a member of the house's Young Ensemble. In 2019/20 she was on the Theater an der Wien's mainstage as Clotilde in Norma. Her additional roles at the Vienna Kammeroper will include Marguerite (Faust), Arianna (Handel's Giustino), and Elise in the world premiere of Tscho Theissing's opera Genia.

In 2018-19 the American soprano performed on the mainstage of the Theater an der Wien in roles from two operas by Carl Maria von Weber: as a Mermaid in a new staging of Oberon, and as Minette in a concert performance of Peter Schmoll. She also sang three operatic roles with her Young Ensemble colleagues at the Vienna Kammeroper: Miranda in Die Zauberinsel, a new pasticcio based on Shakespeare’s The Tempest; Elisabeth in Verdi’s Don Carlos; and Une pastourelle/La chauve-souris in Ravel’s L'enfant et les sortilèges. In addition, she gave a solo recital at the Vienna Kammeroper in March 2019.

Jenna made her European debut in September 2017 at the Oper Wuppertal, where she sang the role of Gutrune in an experimental production which combined the third act of Wagner’s Götterdämmerung with Heiner Goebbels’ Surrogate Cities. In the same year, she made her Carnegie Hall debut as the soprano soloist in John Rutter’s Mass of the Children with the New England Symphonic Ensemble. 2017 also saw her first foray into the bel canto repertoire, covering Adina in the Florida-based St. Petersburg Opera’s production of L'elisir d'amore, and three Puccinian credits in the Opera Company of Middlebury’s Il trittico: a midinette in Il tabarro, Suor Genovieffa in Suor Angelica, and Lauretta in Gianni Schicchi.

The soprano has garnered warm acclaim from the US press, with the New York Times praising her as ‘endearing’ with a ‘sweet voice’, while the Wall Street Journal hailed her as ‘an ebullient soprano with great stage presence’. This was in response to her New York City debut with Gotham Chamber Opera, where she performed the leading roles of Popelka and Armande in a 2014 double bill of Bohuslav Martinů’s operas Veselohra na mostě (Comedy on the Bridge) and Alexandre bis. She returned to the company the following season to cover the role of La Princesa in Xavier Montsalvatge's El gato con botas.

Jenna subsequently made several role and company debuts in the United States, including Frasquita in the Opera Theatre of Connecticut’s 2016 production of Bizet’s Carmen; the leading role of Léontine in the US premiere of the Chevalier de Saint-Georges' 1780 chamber opera L'amant anonyme, at the Little Opera Theatre of New York in 2016; and Laurie Moss in Copland’s The Tender Land at Opera North in New Hampshire, where she also covered Maria in Bernstein’s West Side Story in the summer of 2015. In December 2016, she performed the role of Margery Campbell in the New York workshop of The Nefarious, Immoral but Highly Profitable Enterprise of Mr. Burke & Mr. Hare, a new chamber opera by Julian Grant, under the joint auspices of Boston Lyric Opera and Music Theatre Group.

Jenna has appeared regularly as a recitalist and concert soloist throughout the United States. In addition to her Carnegie Hall debut, she has performed in concert with the Carolina Philharmonic and Florida-based organizations including the Florida Lyric Opera, Suncoast Florida Opera Guild, and Vero Beach Opera. She has also appeared in Lieder programs throughout Austria, most notably at Heiligenkreuz Abbey and at Beethoven's residence in Baden bei Wien.

Soprano Jenna Siladie and Baritone Kristján Jóhannesson will make their respective debuts as Marguerite and Valentin in Leonard Eröd’s Faust this evening at the Wiener Kammeroper. The premiere begins at 19:00. Both Siladie and Jóhannesson are members of the Junges Ensemble at Theater an der Wien.

Jenna Siladie sings her Portraitkonzert this Thursday in the Wiener Kammeroper!

Jenna Siladie, a member of the Junges Ensemble at Theater an der Wien will sing her Portraitkonzert this Thursday June 13th at 7:30pm. Toi toi toi Jenna!
Piano: Alexandra Goloubitskaia

Soprano Jenna Siladie is set to make her debut in a new production of L’enfant et les sortilèges by Maurice Ravel at Theater an der Wien premiering on February 26th!
Siladie will be singing the roles of Fledermaus and Junge Hirtin.
Conducted by Raphael Schluesselberg, Stage Direction by Barbora Horáková-Joly