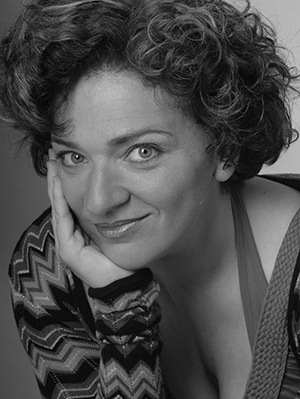 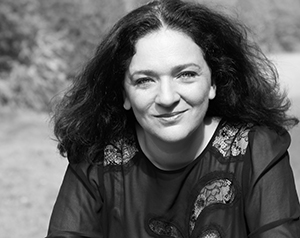 Maria Riccarda Wesseling launched her international career in 2006 at the Opéra de Paris, where she stepped in at short notice as Iphigénie on the opening night of Krzysztof Warlikowski's acclaimed production of Iphigenie en Tauride. Her performance headlined the review in Les Échos, where she was described as 'a discovery'. She sang the role of Iphigénie again in 2011 at Madrid's Teatro Real together with Plácido Domingo as Oreste.

The Swiss-Dutch mezzo begins 2019/20 with a role and house debut as Amneris (Aida) at Theater Detmold. She adds two more roles to her repertoire this season with Ježibaba (Rusalka) at the Opera Vlaanderen and Klytämnestra (Elektra) in a Peter Konwitschny production at the Staatsoper Stuttgart.

During her artistic directorship of the Dutch National Opera Academy from 2015 to 2018, Maria also emerged as a stage director. Her first production, a DNOA staging of Britten's The Rape of Lucretia shown both in the Netherlands and at Budapest's Liszt Academy, was reviewed as a 'dazzling production' and a 'complex reading of the piece' in early 2018. Alongside her upcoming engagements as a singer, she will be staging more productions in the future, beginning with Lehár's Die lustige Witwe at Theater Nordhausen in spring 2020.

In 2018/19, the mezzo made role debuts as the alto soloist in Frank Martin's monodrama Die Weise von Liebe und Tod des Cornets Christoph Rilke staged by Nigel Lowery at the Theater Chur, and as Herodias in Kirill Serebrennikov's production of Salome at the Staatsoper Stuttgart. Her concert schedule last season included solo parts in Das Lied von der Erde at the Theater Chur and the St Matthew Passion with the Biel Solothurn Symphony Orchestra.

The 2017/18 season saw her return to the Opéra de Paris to reprise the role of Orfeo in Pina Bausch's legendary production of Gluck's Orfeo ed Euridice. Her earlier appearance in this production was filmed for live broadcast by ARTE in 2008 and is available on DVD. She has also toured with Bausch's Orfeo ed Euridice to the Athens Festival (2008), the Lincoln Center Festival (her New York debut in 2012), and the Teatro Real (2014).

In 2016/17, she made her Liceu Opera house debut as Marcellina in Le nozze di Figaro and sang the title role in the world premiere of Philip Hefti's Annas Maske at the Theater St. Gallen. In 2016 she also recorded a CD of songs by Paul Juon, released by Coviello Classics. The previous year she sang the role of Brigitta in Korngold's Die tote Stadt at the Opéra National de Lorraine and Angers Nantes Opéra, and returned to the Ruhrtriennale to make her role debut as Fricka in Johan Simons's highly acclaimed staging of Das Rheingold conducted by Teodor Currentzis.

In 2014 Maria was cast as the Königin in Heinz Holliger's opera Schneewittchen, in an Achim Freyer production at the Theater Basel, and performed in Peter Eötvös' 70th birthday concert in Paris.  During the previous year she sang much Berlioz: Marguerite in two different productions of La Damnation du Faust at the Stuttgart State Opera and Palau de la Música de València, Marie in L'enfance du Christ in Barcelona, and a song recital.

From 2011 through 2012 she sang the title role of Offenbach's La belle Hélène at the Opéra National de Bordeaux and Marguerite in Terry Gilliam's production of La Damnation du Faust in Gent. She also appeared as Ottavia in the Krzysztof Warlikowski production of Poppea e Nerone at the Teatro Real and originated the two female parts of Anna and Filide in Suzanne Giraud's new opera Caravaggio alongside Philippe Jaroussky.

'Maria Riccarda Wesseling as Marie is a sensation' was written in the press following her first production of Wozzeck at the Theater St. Gallen. In 2010, she also sang the role of Hermione in Grétry's Andromaque at the Schwetzinger Festspiele. The previous year she performed the same role at the Théâtre des Champs-Elysées in Paris, as well as the title role of Bizet's Carmen in Bilbao, Claude Vivier's 'Wo bist Du Licht!' at the Ruhrtriennale, and the role of Irma in Peter Eötvös's Le Balcon at the Opéra de Bordeaux.

In 2007 she had the honor of singing the title role in the world premiere of Henze's opera Phaedra at the Staatsoper Berlin. She subsequently toured with the production to La Monnaie, the Theater an der Wien, and the Barbican Center in London. Opera Today wrote: 'Maria Riccarda Wesseling was a gripping, sensual, passionate Phaedra, conveying not only her character’s cruelty and self-absorption but also her overwhelming vitality - when she was taunting Hippolytus you could almost feel the energy crackling around her.'

The same year she appeared in several roles at the Opéra de Lyon: La Duchesse Malaspina in Salvatore Sciarrino's Luci mie traditrici, Bianca in Zemlinsky's Eine florentinische Tragödie (also in Frankfurt and Tenerife), and Metella in a Laurent Pelly production of Offenbach's La Vie Parisienne. In 2008 she was engaged as Orlofsky in Die Fledermaus at the Dutch National Opera and Giulietta in Les contes d'Hoffmann at the Grand-Théâtre de Genève.

In 2005-06, the season she made her international breakthrough in Iphigénie en Tauride, the mezzo also sang Hedwig in Offenbach's Die Rheinnixen under the baton of Marc Minkowski at the Opéra de Lyon and The Pilgrim in Peter Sellars' production of Kaija Saariaho's L'amour de loin at the National Opera of Helsinki.

Maria Riccarda Wesseling also adores the concert and art song repertoire and has performed in halls such as the Leipzig Gewandhaus (with the Gewandhausorchester under Riccardo Chailly), the Amsterdam Concertgebouw (recitals and with the Concertgebouworkest), Tonhalle Zürich, the Saulbau Essen, the Tschaikovsky Concert Hall in Moscow, the KKL Lucerne, and many other international stage. During the Wagner Year in 2013 she took an interesting recital program of French and German Wagner songs on tour to halls such as the Gewandhaus Leipzig, Palazzetto Bru Zane Venezia, Tonhalle Zürich, and L'Auditori de Barcelona.

Mezzosoprano Maria Riccarda Wesseling makes her role debut as the sorceress Ježibaba in Rusalka at the Opera Ballet Vlaanderen in Antwerp. The premiere is this Thursday December 12th at 19:30! The production will run throughout December and January in Antwerp and in Ghent.

Mezzosoprano Maria Riccarda Wesseling makes her debut as Amneris in Verdi’s classic: Aida. Be sure not to miss her performance at Landestheater Detmold September 18th at 19:30.

Mezzo Maria Riccarda Wesseling will make her role debut singing Herodias in Kirill Serebrennikov’s production of Richard Strauss’s Salome at Staatsoper Stuttgart this Saturday June 6th at 19:30! Be sure not to miss it- Toi toi toi Maria!
Conducted by: Roland Kluttig
Additional Performances: 10., 15., and 18., of July

Mezzo-soprano Maria Riccarda Wesseling stars in Beethoven’s Missa Solemnis at the Ruhrtriennale in Bochum on Saturday, 30th September 2017 and Sunday, 1st October 2017.
She will be accompanied by the Bochumer Symphoniker conducted by Steven Sloane.

Mezzo-Soprano Maria-Riccarda Wesseling and bass John In Eichen make their role debuts in David Philip Hefti’s Anna Maske at the Theater St. Gallen from 6th May 2017. They will portray the roles of Anna Sutter and Weitbrecht respectively.
The production is conducted by Otto Tausk and directed by Mirella Weingarten.
Further performances: 9/17/19/23/28 May and 3rd June 2017.

Sono Artists has taken over the general management of renowned Dutch-swiss mezzo-soprano Maria Riccarda Wesseling.  Click here for her artist page, or for her website: www.mariariccardawesseling.com