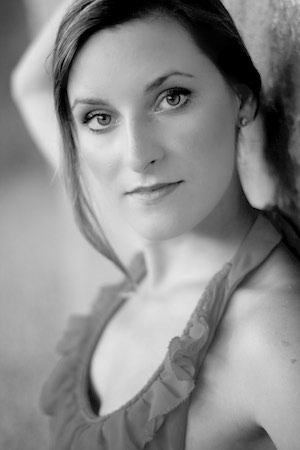 In 2020/21 soprano Martha Eason continues her engagement as an ensemble member at the Oldenburg State Theater, where she will debut the role of Norina in Don Pasquale and as a soprano soloist in multiple orchestra concerts at the theater.

In 2019/20 Martha debuted the roles of First Witch (Dido and Aeneas), Woglinde (Götterdämmerung), Lisa (La sonnambula), First Wood Sprite (Rusalka), Eurydike (Orpheus in the Underworld), as well as Gretel and Sand/Taumännchen (Hänsel und Gretel) in her ongoing engagement as a member of the ensemble at Oldenburgische Staatstheater.

Her roles in 2018-19 included Blonde (Die Entführung aus dem Serail) at the Theater Münster and Berta (Il barbiere di Siviglia) at the Komische Oper Berlin. The American soprano made her company debut on tour with the Komische Oper Berlin in November 2017, when she sang Papagena at the Opéra-Comique Paris in Barrie Kosky's and 1927's brilliant and much-traveled staging of Die Zauberflöte.

Martha has been based in Europe since 2017 and made her role debut as Zerbinetta in Richard Strauss's Ariadne auf Naxos with the Berlin Opera Group in April 2017. She covered the role of Ophelia in the world premiere of Brett Dean's Hamlet at the Glyndebourne Festival, appearing both in the summer 2017 festival and the fall touring production.

The young artist studied voice at the renowned Indiana University Jacobs School of Music and graduated in 2015. She also starred in a number of productions at the Indiana University Opera Theater, where her leading roles included Rosina in Il Barbiere di Siviglia (2015), Kitty in Menotti's The Last Savage (2015), and Sophie in Massenet's Werther (2013). She was a 2015 member of the young artists program at Opera North in New Hampshire, where performed the roles of Blonde in Die Entführung aus dem Serail and Beth in Copland’s The Tender Land. She returned to Opera North in 2016, when she was cast in the leading role of Marie in La fille du régiment.

Soprano Martha Eason makes her debut as Eurydike in the revival of Jacques Offenbach’s Orpheus in the Underworld at the Oldenburgisches Staatstheater. The show begins this Tuesday October 29th at 20:00.

Sooyeon Lee was recently a finalist representing her home country of South Korea in the BBC Cardiff Singer of the World in June 2019 and received glowing reviews for her performance as Lucia last season at the Oldenburgisches Staatstheater.

This Friday, February 1st, Martha Eason will make her debut as Gilda in Verdi’s Rigoletto at the Oldenburgisches Staatstheater!