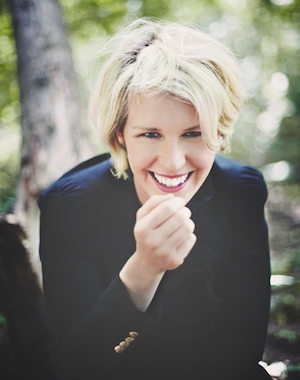 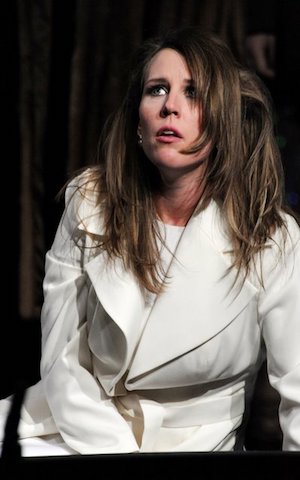 In the 2016-17 season, after debuing in the summer as 1st lady in Mozart’s The Magic Flute at the Teatro Liceu in Barcelona, Nina returns to the Komische Oper Berlin for the same part, and also made her debut in the title role of Handel’s Agrippina at Staatstheater Oldenburg.   She will also debut Donna Elvira at the Komischer Oper  this season.  In January 2017 she will sing at the Opéra de Rennes in a Beethoven concert,  and the Classic meets Pop-concerts in the EWE-Arena Oldenburg in February.

This season also includes a return to Theater Bonn (Giulio Cesare in Egitto/Cleopatra)  a New Years Eve Concert with the Neue Kammerphilharmonie Potsdam, and a debut with the Lautten Compagney at the Mozartfest Würzburg (Don Giovanni/Donna Elvira). In May 2017 she makes a debut at the Bolshoi Theater in Moscow and in November next year at the Opera Comique in Paris.

While still studying at Vienna University of Music and the Vienna Conservatory, Nina sang with the Vienna Radio Symphony Orchestra alongside opera greats Leo Nucci, Johan Botha, Deborah Polaski, and was the winner of the prestigious Musica Juventutis competition. As a fellow at the Frankfurt/Main Opera, the young singer worked with conductors Kiril Petrenko and Sebastian Weigle, and appeared in productions by Harry Kupfer, Claus Guth, and Alfred Kirchner.

As an ensemble member of the Kassel State Theatre from 2009 until 2013, Nina has performed roles as wide-ranging as Vitellia in La Clemenza di Tito, Gretel, Desdemona, Pamina, Cleopatra, and has played Fiordiligi, a role she also sang at the Burgruine Reinsberg Festival, the Concertgebouw Amsterdam, the Mainz State Theatre, the Stateopera Hannover and the Zurich Opera House.

After impressing British director Keith Warner with her debut performance at Theater an der Wien, she was invited to star in his 2007 production of Kurt Weill’s Der Silbersee at the Wexford Festival Opera in Ireland, where she was awarded the festival’s Young Artist Prize. She followed her performance with a number of engagements in the UK and sang Zerlina with Erwin Schrott in Keith Warners Don Giovanni production at the Theater an der Wien (2009) and she was Polly Peachum in Warner’s Dreigroschenoper production alongside Angelika Kirchschlager, Tobias Moretti and Anne Sophie von Otter in January 2016.

She made her debut at the Innsbruck Early Music Festival in 2011, was invited to give two baroque music recital at the festival in 2012 and 2014 and starred as Vitellia in Mozart’s La Clemenza di Tito in 2013.

Nina has also made debuts at the Salzburg Festival (Peter von Winther´s The Labyrinth in 2012) and at the Accademia di Santa Cecilia in Rome as Freia  under the baton of Kirill Petrenko.

At the Komische Oper Berlin and the Semperoper Dresden, she perfomed Humperdincks Hansel and Gretel (Gretel), sang Pamina at the Theater Bonn and debuted in France at the Opéra de Toulon as Donna Anna in Mozart’s Don Giovanni.

In season 14/15 she sang the Soprano-Solo in Duke Ellington’s Sacred Mass at the Philharmonie Cologne, she was Alice in Verdi’s Falstaff, Iole in Händel’s Hercules and the Countess in Mozart’s Le Nozze di Figaro at the Oldenburg State Theatre, Erste Dame in Mozart’s The magic flute at the Komische Oper Berlin.

Soprano Nina Bernsteiner will debut the roles of Giuno/L’amore in Claudio Monteverdi’s Il ritorno d’Ulisse in patria. The production is a cooperative production with the Innsbrucker Festwochen der Alten Musik and Norske Opera & Ballett Oslo.
This modern interpretation of an ancient literary work opens on the 10th of August 2017 and will be performed under the baton of Maestro Alessandro De Marchi and directed by Ole Anders Tandberg.
Further performance dates include the 12th and 14th of August 2017.

Austrian soprano Nina Bersteiner makes her house debut at Hamburg State Opera on Dec 1 as 1st Lady in W.A. Mozart’s the Magic Flute.  The performance is conducted by Nathan Brock and directed by Jette Steckel.