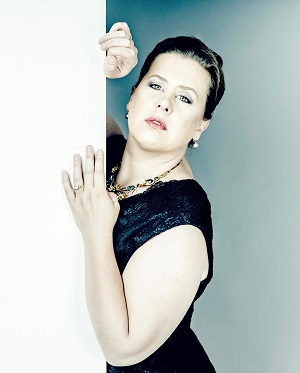 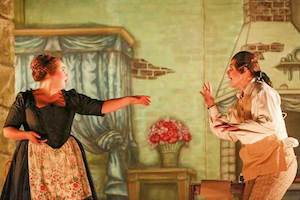 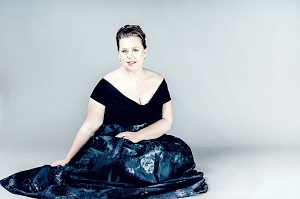 Soprano Sarah Marie Kramer has been described as ‘An outstanding artist’ by ORF. She is fast establishing herself as a formidable talent on the operatic stage, following performances throughout Austria, the Netherlands, the United Kingdom, Germany and her native Canada.

This season, Ms. Kramer will debut Sieglinde (Die Walküre) in Longborough Opera Festival's new production conducted by England's eminent Wagnerian Anthony Negus and directed by Amy Lane of the Royal Opera House. Most recently Beethoven’s Leonore (Fidelio) has been added to her 2021 autumn schedule with performances in Vienna. Sarah Marie was one of four singers chosen as a Young Artist by Katharina Wagner for the Bayreuth Festival's Young Artist Programme and Villa Wahnfried concert programme in 2018 and 2017. She has appeared under the direction of Friedemann Layer, Richard Egarr, Masaaki Suzuki, Reinbert de Leeuw and Thomas Rösner. International festival appearances include the Bayreuth Festival (the Villa Wahnfried), Aldeburgh Festival (Snape Maltings) and the Oxford Lieder Festival (Holywell Music Room). Upcoming concert work include Strauss' 'Vier Letzte Lieder', Wagner’s ‘Wesendonck Lieder’, and Beethoven’s ‘Ah Perfido!’. As a recitalist she has performed alongside Maurice Lammerts van Beuren, Richard Egarr and Sholto Kynoch. Sarah Marie earned her Bachelor and Master of Music degrees at the Koninklijk Conservatorium in Den Haag, the Netherlands.

2020 included several significant debuts for Ms. Kramer. Along with her Ring Cycle debut, she will make her Musikverein debut, along side Burgtheatre and Nestroy Prize winning actor Caroline Peters. In recital, Kramer also performed at the Schönberg House in Mödling in September 2019.

Sarah Marie is preparing her Debut CD of Wagner and Strauss orchestral Lieder with the Dresden Chamber Soloists from the Sächsische Orkest of the Sempreoper Dresden, due for release in 2021.

Sarah Marie Kramer debuts as the Foreign Princess in Rusalka

Canadian soprano Sarah Marie Kramer made her role and house debut as the Foreign Princess in Rusalka at Theater Heidelberg under the baton of Elias Grandy and the direction of Axel Vornam.