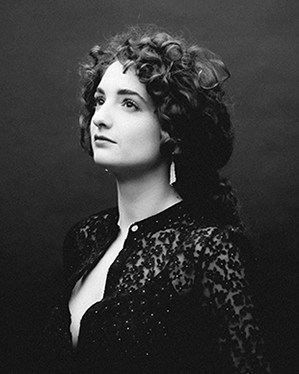 Israeli soprano Shira Patchornik has walked away with 4 prizes at the most recent Antonio Cesti Competition for Baroque Opera in Innsbruck. In addition to securing the 1st Prize and Audience Prize, Shira was also awarded the Prize of the Vienna Konzerthaus and Prize of the Internationalen Barocktage Stift Melk in Austria! Watch here for her performance in the final: 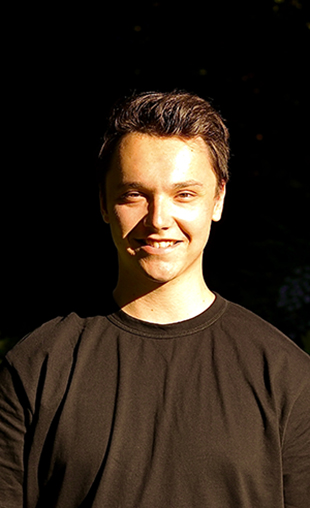 The astonishingly talented 22-year old Tirolean tenor David Kerber has joined the roster of Sono Artists for General Management. Most recent news for the young tenor include 3rd Prize at the Maria Caniglia International Singing Competition in Italy in November 2021, and the Haydn Competition for Classical Lied and Aria, 2nd Prize, in June 2021.

Aytaj Shikhalizada debuts in Jenufa at the Berlin State Opera

The young mezzo, a member of the Studio of the Berlin State Opera, appeared in the 3SAT Film of Janacek’s Jenufa alongside Camilla Nylund conducted by Simon Rattle on Feb 13, 2021. Watch the broadcast on 3 SAT: https://www.3sat.de/kultur/musik/jenufa-oper-in-drei-akten-102.html

Soprano Shira Patchornik debuts at the Opera National de Lorraine Nancy as Flora in Britten’s Turn of the Screw on April 7, 2021!

Soprano Alexandra Flood returns to the stage with the Bochumer Symphoniker singing the soprano solo in Mozart’s Great Mass in c minor KV427 under the baton of conductor Steven Sloane. The first concert in the series of three begins Febrauary 20th at 20:00! Additional Performances: February 21st and 22nd at 20:00

Young soprano Carina Schmieger debuts as Xenia/The Refugee in the premiere of Modest Mussorgsky’s BORIS at Staatsoper Stuttgart. The show begins at 18:00 this Sunday February 2nd. The premiere will be recorded by SWR2 and broadcasted the same evening at 8:03pm. Conducted by: Titus Engel Stage Direction by: Paul-Georg Dittrich Additional Performances: February 7., 16., 23. March 2. April 10., 13.

Dara Savinova sings the role of Eudossa in a concert performance of J.A. Hasse’s opera Irene tomorrow evening at Theater an der Wien. The concert is part of a tour with the Helsinki Baroque Orchestra under the baton of Aapo Häkkinen.

Charaktertenor Lorin Wey makes his debut as Adam in Peter Eötvös’s operatic take on the story of creation in Paradise Reloaded (Lilith). The opera is a recent work, premiering in 2013. The show in Bielefeld premieres at 19:30. Conducted by: Gregor Rot Stage Direction by: Wolfgang Nägele Additional Performances: January 25. February 5., 21. March: 6. April 5., 16.

Tenor Johannes Bamberger and baritone Kristján Jóhannesson will make their respective debuts as Zweiter Jude and Kappadozier/Erster Nazarener this Saturday in a new production premiere of Strauss’s masterpiece Salome at Theater an der Wien. The show begins January 18th at 19:00. Conducted by: Leo Hussain Stage Direction by: Nikolaus Habjan Additional Performances: January 20., 23., 25., 28., and 30.

Sooyeon Lee debuts with the Tonkünstler Orchestra in the Golden Hall of the Musikverein!

Sooyeon Lee kicks off 2020 with a series of New Years Concerts singing with the Tonkünstler Orchestra. She will make her debut this evening in the Golden Hall of the Vienna Musikverein singing selections from Donizetti, Kálmán, and Millöcker under the baton of Alfred Eschwé. The concert tonight is one of a series of New Years Concerts by the Tonkünstler Orchestra. Below is a clip from ORF from the concert in the Festspielhaus in St. Pölten: https://tvthek.orf.at/profile/Niederoesterreich-heute/70017/Niederoesterreich-heute/14036917/Beschwingte-Melodien-bei-Neujahrskonzert/14618005 Addtional Performances: January 8th- [...]

US music director returns from Covid break – and quits

Is it legal to have a haircut during a banned concert?