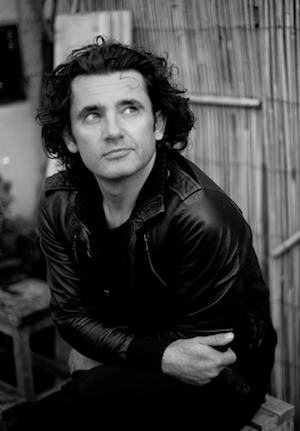 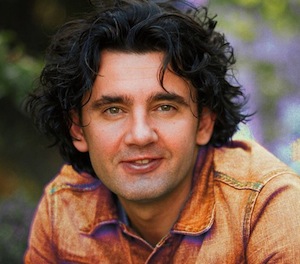 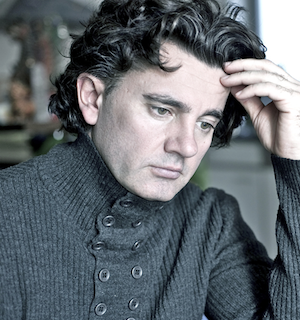 Tenor Alexander Kaimbacher caused a stir at the Bregenz Festival in July in the world premiere of Bernhard Lang's Der Reigen. He returns to the roles of Franz/Robert in Lang's contemporary opera for further performances at the Neue Oper Wien in November 2019. Other roles in his busy 2019/20 season include Seemann/Melot/Hirt (Tristan und Isolde) at EMANCJE International Music Festival in Poland, which will be released on CD by Navona Records; Eisenstein (Die Fledermaus) at the Herbsttagen Blindenmarkt; Jupiter in the revival of Orpheus in the Underworld at Theater Bielefeld; a solo role in the world premiere of Manuela Kerer's Toteis (Neue Oper Wien at Theater Bozen); and Der Junge Graf in Zimmerman’s Die Soldaten at the Cologne Opera. He will also make concert appearances this season in the 'Salute to Vienna' New Year's Concert (Wiener Konzerthaus), Britten's War Requiem (Theater Bielefeld), and a Lieder recital of Beethoven and Schubert at the Kaisersaal Baden. Already planned for 2020/21, Kaimbacher will debut as the titel role in Hiob at the Staatstheater Klagenfurt.

Last season the Austrian tenor was seen again at the Cologne Opera as Leopold Brandmeyer in a new production of Ralph Benatzky's beloved operetta Im weißen Rössl. He also returned to the Zürich Opera House in February 2019, taking on the role of Piet the Pot in a new staging of Ligeti's Le Grand Macabre directed by Tatjana Gürbaca and conducted by Fabio Luisi. In June 2019, he sang Jupiter in a new production of Offenbach's Orpheus in the Underworld at the Theater Bielefeld.

In 2017/18, Alexander received tremendous acclaim for his role debut as Loge in a new production of Das Rheingold at the Theater Bielefeld. He also made his house debut at the Cologne Opera, where he appeared as the Young Count in Bernd Alois Zimmermann's Die Soldaten - a role he sang with huge success in 2014 at the Bavarian State Opera under Kirill Petrenko. In concert performances to mark Leonard Bernstein's centenary, he sang the title role in Candide at the Oper Graz in March and April 2018.

In 2016/17, he debuted the role of the Brother/Spirit in Israeli composer Ella Milch-Sheriff's Baruchs Schweigen at the Semperdepot in Vienna. He also appeared in the title role of Franz Von Suppé's Boccaccio at the Herbsttagen Blindenmarkt, and as Toni Schlumberger in Emmerich Kálmán's Die Zirkusprinzessin at the Oper Graz. He ended the season with a return to the prestigious Vienna Festwochen in the world premiere of Mondparsifal Alpha 1-8, a new work by composed by Bernhard Lang and directed by Jonathan Meese.

In the 2015/16 season, Alexander was celebrated for his outstanding and moving portrayal of Gustav von Aschenbach in Benjamin Britten's Death in Venice at the Theater Bielefeld, for which he was named ''Best Singer of the Year'' in the 2016 survey of music critics by Die Welt. He also returned to the Bayerische Staatsoper, where he sang the role of L'aumônier in Poulenc's Dialogues des Carmélites. Other engagements included the role of Henri in a new production of Richard Heuberger's Der Opernball at the Oper Graz.

In 2014/15, the tenor sang at the Bavarian State Opera in a new production of Manon Lescaut alongside Anna Netrebko, as well as appearing as Monostatos in Die Zauberflöte, Triquet in Eugene Onegin, Basilio in Le Nozze di Figaro, Dancaire in Carmen, and Gaston in La Traviata.  He also debuted with the Israel Philharmonic Orchestra in Tel Aviv with January 2015 performances of Mozart's Requiem under the baton of Manfred Honeck, and appeared in Geschichten aus dem Wienerwald at the Theater an der Wien in Spring 2015.  He was also seen as Leopold in Ralph Benatzsky's Im weißen Rössl at the Herbsttage Blindenmarkt in October 2014.

Alexander returned for his second season at the Bavarian State Opera in 2013/14, appearing as Goro, Brighella, 2. Jude, Dancaire and Basilio, and the Young Count in the acclaimed new production of Zimmermann's Die Soldaten, which was broadcast live. In summer 2014, he was invited to sing Monostatos at the Bregenz Festival revival of Mozart's Die Zauberflöte, as well as Der Hierlinger Ferdinand in Bregenz's world premiere of Geschichten aus dem Wienerwald (Tales from the Vienna Woods) by HK Gruber.

Other highlights in recent seasons include appearances in productions at the Neue Oper Wien (in Britten’s Curlew River and Prodigal Son), and at the Linzer Brucknerfest (Schreker's Der Schatzgräber).

The tenor is also active on the concert stage. His concert engagements have included Liszt’s Faust Symphonie at the Maggio Musicale Fiorentino, Weill’s Sieben Todsünden at the Bregenz Festival, Die Schöne Müllerin in Aflenz, Winterreise in Novosibirsk, Beethoven’s 9th symphony in Milan, Dichterliebe for the Schumann Gesellschaft in Bonn and Düsseldorf, and Carmina Burana at the Vienna Musikverein.

Tenor Alexander Kaimbacher will make his debut singing the roles of Franz and Robert in the austrian premiere of Bernhard Lang’s Der Reigen at the Bregenzer Festspiele! The performance is a co-production with the Neue Oper Wien and can be seen at the Werkstattbühne. Toi toi toi Alexander!

Alexander Kaimbacher debuts as Jupiter in Orpheus in der Unterwelt

In a timely production that coincides with the composer’s 200th birthday, Tenor Alexander Kaimbacher will debut as Jupiter this evening in theJacques Offenbach’s comedic masterpiece Orpheus in der Unterwelt at Theater Bielefeld!  Toi toi toi Alexander!

Conducted by Gregor Rot with Stage Direction by Nadja Loschky

Tenor Alexander Kaimbacher appears in a series of “Salute to Vienna” New Year’s Concerts in in Costa Mesa (29th December 2017), San Diego (30th December 2017) and Los Angeles (1st January 2018).
He is joined by Soprano Katarzyna Kondalska. They are accompanied by the Strauss Symphony of America Orchestra under the baton of Andreas Deák.
For further information click here.

Tenor Alexander Kaimbacher was named best singer for his portrayal of Gustav von Aschenbach in Britten’s Death in Venice at the Theater Bielefeld in Die Welt am Sonntag.
You can read the full article here.