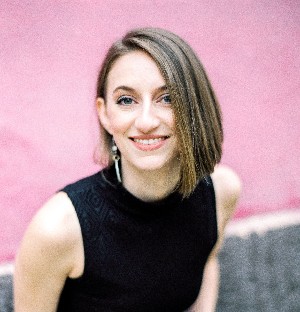 In September 2022, East Tyrolean soprano Anita Giovanna Rosati sang the role of Cupido in J. S. Kusser’s opera Adonis with the baroque orchestra “Il Gusto Barocco”, conducted by Jörg Halubek, at the Baroque Festival in Stuttgart. She also made her debut at the Maggyart Festival with arias and duets by Frescobaldi, Monteverdi, Caccini and others. In February 2022, Anita performed Jano in L. Janáček’s Jenůfa at Theater an der Wien.

In the 2021/22 season, she celebrated her debut at the Kammeroper Wien as L’amour in Gluck’s Orphée et Eurydice as well as Papagena in Die Zauberflöte at the Opéra national de Lorraine. As part of the Innsbruck Festival of Early Music 2021, the soprano interpreted the role of Dorillo in B. Pasquini’s opera Idalma, for which she was once again nominated for the Austrian Music Theatre Prize as “Best Rising Artist”.

In 2020, Anita performed at the Philharmonie Luxembourg and again at the Theater an der Wien. Furthermore, she was awarded a special prize at the Cesti Competition in Innsbruck. Later that year, the young soprano celebrated her debut in the Great Hall of the Wiener Konzerthaus in the Mass in D major, op.86 by A. Dvořák.

In 2019, she completed her master’s degree with Honours in Lied and Oratorio under the tutelage of KS Gabriele Fontana and KS Edith Lienbacher. In summer, the soprano participated in the Neue Oper Wien production of B. Lang’s Der Reigen at the Bregenzer Festspiele, for which she was nominated for the Austrian Music Theatre Prize in 2020, in the category “Best Female Supporting Role”. In December 2019, Anita celebrated her debut at the Golden Hall in the Wiener Musikverein, as a soloist in Händel’s oratorio Israel in Egypt, conducted by Antal Barnás.

Her debut at Theater an der Wien took place in October 2018, where she performed as Jemmy in Rossini’s Guillaume Tell under the baton of Diego Matheuz and directed by Thorsten Fischer. As a participant in the 2017 Salzburger Festspiele Young Singers Project, she played the role of Madame Herz (The Impresario).

During the 2015/16 season, Anita Rosati was a member of the Thuringian Opera Studio and, in the course of the season, appeared at the Weimar National Theatre as Papagena and as Findus in Niclas Ramdohr’s children’s opera Pettersson und Findus und der Hahn im Korb. Guest appearances also took her to the Erfurt Theater as Minerva (Il ritorno d’Ulisse in patria) and as the Dew Fairy (Hänsel und Gretel).

Anita Giovanna Rosati studied at the University of Music and Performing Arts Vienna under KS Edith Lienbacher. In that period, she made her debut as Barbarina in Mozart’s Le nozze di Figaro at the Schönbrunn Palace Theatre in Vienna (2013). She received further stage experience as Zerlina in Don Giovanni and Papagena in Die Zauberflöte. Furthermore, she sang Sophie in Massenet’s Werther in the annual university production and made her role debut as Sophie Scholl in the Weiße Rose by Udo Zimmermann.