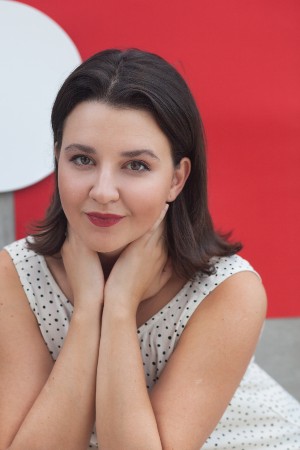 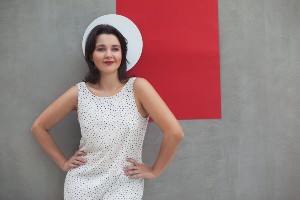 In 2023, soprano Ekaterina Protsenko will appear as Papagena in Floris Visser’s production of Die Zauberflöte at Nederlandse Reisopera.

This summer, she made her successful debut as Amastre in Francesco Cavalli's Il Xerse at the Festival della Valle d'Itria under the baton of Federico Maria Sardelli and direction of Leo Muscato. She also sang at the “Concerto per lo spirito” with music of Claudio Monteverdi in the Basilica of San Martino with the Baroque orchestra Modo Antiquo.

In 2022, the soprano appeared with great success as Beppi in Gerd Kühr`s Stallerhof at Neue Oper Wien, for which she received a lot of attention from the Viennese press. Ekaterina made her Swedish debut at the International Vadstena Academy Festival as Gelinda in Pollarolo`s Il colore fa la regina at Vadstena gamla teater.

In 2021, she celebrated her debut as Eurydice in Gluck`s Orphée ed Eurydice at Theater an der Wien (Wiener Kammeroper) and gave a solo recital with the Russian baroque orchestra Pratum Integrum in Moscow.

In the autumn of 2019, Ekaterina appeared at the Wiener Konzerthaus with the Slovak Radio Symphony Orchestra, conducted by Alexander Polishchuk. In the summer, she performed the role of Second maid in Flotow’s Martha at the jOPERA festival in Austria under the baton of Georg Fritsch and staging by KS Brigitte Fassbaender. She also sang Beethoven’s Klärchen-songs, alongside KS Thomas Hampson, with the Orchester Wiener Akademie, conducted by Martin Haselböck. In April 2019 she made her debut in the Tonhalle Düsseldorf as duet partner of tenor Yusif Eyvazov. She also performed excerpts from Bach’s St. Matthew Passion and Schumann’s Das Paradies und die Peri under the baton of Erwin Ortner in Schönbrunn Palace Theatre.

The soprano portrayed roles such as Susanna (Le nozze di Figaro) at the Sommerserenaden Graz and in a production of the University of Music and Performing Arts Vienna, Despina (Così fan tutte) in the South Korean Daegu National theatre, Pamina (Die Zauberflöte) at the Mozarthaus in Vienna, Belinda (Dido and Aeneas) in St. Petersburg and Clarice (Il mondo della Luna) at the jOPERA festival.

Ekaterina Protsenko completed her Bachelor of Arts degree at the University of Music and Performing Arts in Vienna under the tutelage of Univ.-Prof.in. KS Edith Lienbacher and the Master of Arts in Lied, Oratorio and Concert Performance under Prof. Florian Boesch.

Russian soprano Ekaterina Protsenko made her very successful debut at the Festival della Valle d’Itria in Martina Franca under the baton of Federico Maria Sardelli and the direction of Leo Muscato.