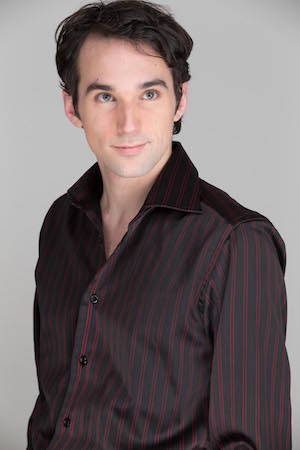 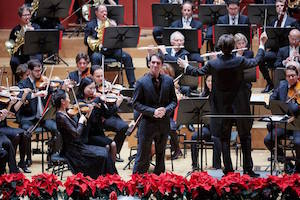 Tenor Nathan Haller was seen in two roles at the Opernhaus Zürich in 2018/19: 1st Senator/1st Citizen/3rd Young Man in a Barrie Kosky production of Schreker's Die Gezeichneten and Albazar in Il turco in Italia. He also made his Vienna Volksoper debut as Enoch Snow (Carousel) and appeared as Graf Albert in a new production of Korngold's Die tote Stadt at the Nederlandse Reisopera, where he is set to return in 2020 for the role of Stimme eines jungen Seemanns/Ein Hirt in Tristan und Isolde.

In the 2017/18 season, the Canadian artist returned to Theater Basel for the role of Oronte in a revival of Alcina directed by Lydia Steier, and debuted with the Neue Oper Wien as Francois in a new production of Bernstein’s A Quiet Place.

In 2016 he made his house debut at the Israeli Opera with his role debut as Belmonte in Die Entführung aus dem Serail. The year before he debuted at Theater Basel, where he was part of the opera studio, appearing in the roles of Tamino in Die Zauberflöte, Romeo in Blacher’s Romeo und Julia, and Kuska in Khovanshchina.

The young tenor is a graduate of the Julliard School in New York, where he successfully received his Bachelor’s and Master’s degree in music. He subsequently studied with the Internationale Meistersinger Akademie in Germany, where he also performed with the Münchner Rundfunkorchester, a Liederabend at Steingraber & Söhne in Bayreuth, and in Bach’s Mass in B Minor.