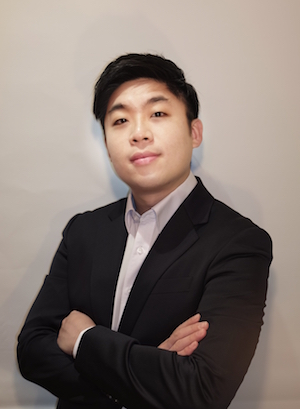 Tenor Sehoon Moon began 2021 with a special gala Vinterkonsert in Malmö, which was live-streamed. He also made is acclaimed debut as Fenton in Falstaff taking place in December 2020 also at Malmö Opera. The performances of Nemerino (L'elisir d'amore) in several British cities as part of a Glyndebourne Festival tour in 2019/20 was cancelled due to covid19. He would have been singing the same role in summer 2020 at Glyndebourne's mainstage. Last season he would have also appeared at the Oldenburg State Theater as Edgardo (Lucia di Lammermoor) both performances were cancelled due to covid19. For the Christmas concert 2020 of the La Caixa Foundation at the Gran Teatre del Liceu he returned as a soloist with the Orquestra Sinfònica de Barcelona i Nacional de Catalunya

The South Korean artist made a highly successful house debut at the Glyndebourne Festival in summer 2018 as the Italian Singer in Der Rosenkavalier. In 2018/19, he made his role and house debut as Alfredo in Verdi's La traviata at the Malmö Opera alongside Patricia Petibon and Rebecca Nelsen as Violetta. Last season he also debuted the role of Faust in a production of Gounod's opera at the Grand Theater, Poznań.

Sehoon was the 3rd Prize and Audience Prize Winner of the 2018 Francisco Viñas Singing Contest, and also won the 1st Prize of the Mt. Fuji Opera Competition in Japan in November 2017.

Past engagements include covering the role of Ernesto in Donizetti’s Don Pasquale at the summer 2017 Glyndebourne Festival, the role of the British delegate in Kyoto in the world premiere of Giorgio Battistelli’s opera CO2 at the Teatro alla Scala in 2015, and Fenton in Falstaff at the Royal Opera House Muscat.

Sehoon Moon joined the Accademia Teatro alla Scala in 2013 and performed in a concert at the Boshoi Theater in Moscow in 2014, hosted by the Bolshoi Academy and conducted by Tugan Sokhiev.

He earned a bachelor’s degree in opera singing at the Dankook University in Seoul in 2011, where he made his debut in the role of Alfredo Germont in La traviata as well as Rinuccio in Gianni Schicchi. That same year he was awarded the second prize at the prestigious International Hans Gabor Belvedere Singing Competition in Austria.

After his debut last summer as the Italian Tenor in Rosenkavalier, tenor Sehoon Moon will return to the stage at Glyndebourne this fall as Nemorino in Donizetti’s L’elisir d’amore. He will continue singing the role throughout their Glyndebourne on Tour this Fall. The premiere is this Sunday, October 13th at 16:00!

The young tenor Sehoon Moon will make his debut at the Poznan Opera this Saturday singing the lead role of Faust in Charles Gounod’s Faust!
Conducted by Gabriel Chmura, Stage direction by: Karolina Sofulak
Additional Performance on February 19th

South Korean tenor Sehoon Moon debuts at the Glyndebourne Festival in June as the Italian Singer in R. Strauss’ Der Rosenkavalier, and sings 9 performances through the end of the month.