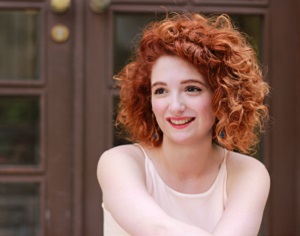 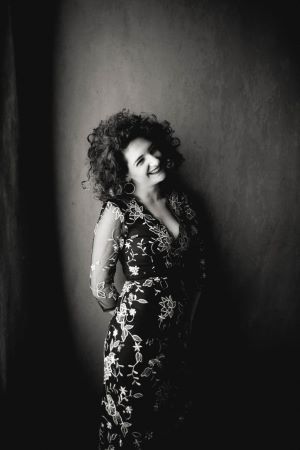 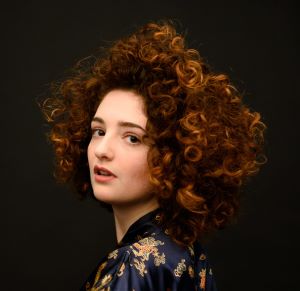 Israeli soprano Shira Patchornik is the 1st Prize and Audience Prize winner of the 13th International Singing Competition for Baroque Opera «Pietro Antonio Cesti» of August 2021, as well as winning the Prize of the Vienna Konzerthaus and Melk Festival.  Furthermore, the young soprano won 1st Prize at the 2021 Corneille Competition in France, and was invited to perform with Radio France in a broadcasted concert in January 2022.   Other debuts this season include the Teatro Reggio di Torino as Anna Frank in the one-woman show by Grigory Frid, her debut with the Netherlands Radio Philharmonic in performances of Handel's Solomon at the Concertgebouw and at the New Israeli Opera as Susanna (role and house debut) in a new production of Mozart's Le Nozze di Figaro.  Shira will also debut this summer at the Zmoijno Festival in the Czech Republic with Haydn's Tobias, and will also debut at the Innsbrucker Festwochen der alten Musik in Pallavicini's L'amazzone corsara.  Other upcoming debuts include at the Opera National de Paris in future seasons.

In 2019-2020 Shira returned to the Hessian State Theater to debut the roles of Musetta (La Bohéme), Lisa (Gräfin Mariza), and Shira (Das verschwundene Lied), and successfully made her debut as Flora in Britten's Turn of the Screw at Opéra National de Lorraine in Nancy. In summer 2021 she returned to the Bregenz Festival to debut as Contessa Ceprano on the Seebühne in a production of Rigoletto, and debuted in concert with the Vienna Symphony as the soprano soloist in Haydn's Creation under the baton of Andrés Orozco-Estrada.

Shira made her Bregenz Festival debut in summer 2019 singing Tatjana in an opera studio production of Eugene Onegin, and returned to the Hessian State Theater Wiesbaden where she held a contract as an ensemble member. Her roles in 2019/20 included Lisa (Gräfin Maria), Micaëla (Carmen), Poussette (Manon), Papagena (Zauberflöte für Kinder), Niece 2 (Peter Grimes), Pamina and Papagena (Zauberflöte) and Fifth Maid (Elektra). She made her house debut at Staatstheater Heidelberg as Valencienne (Die lustige Witwe) in October 2019 and was scheduled to return to the Bregenz Festival as Contessa Ceprano in Rigoletto on the mainstage in summer 2020. Shira also made her debut at Deutsche Oper am Rhein jumping in as Morgana in Handel's Alcina in February.

The Israeli singer joined the ensemble of the Hessian State Theater at the beginning of the 2018/19 season. In her first year in Wiesbaden, she showed off her versatility in operatic roles ranging from Handel (Morgana in Alcina) to Janáček (Karolka in Jenufa). She was also cast as Oscar in Verdi’s Un ballo in maschera, and in three Mozart roles: Zerlina in Don Giovanni, Papagena in The Magic Flute, and Servilia in La clemenza di Tito.

The up-and-coming artist previously made her house debut at the Hessian State Theater in 2017, when she sang the role of Poussette in Massenet’s Manon. She has also previously appeared with several other European opera companies, most notably at the Leipzig Opera, where she sang the leading role of Euridice in Au Revoir, Euridice (excepts from Monteverdi’s L’Orfeo and vocal works by Ligeti) with the Leipzig Gewandhaus Orchestra conducted by Christian Hornef. In 2017, she sang Frasquita in Bizet’s Carmen at the Kammeroper Schloss Rheinsberg, and also made her Vienna stage debut as Countess Bandiera in a Vienna Kammeroper production of Salieri’s La scuola de’ gelosi. Last but not least, she has undertaken the lead roles in two contemporary chamber operas, Else and Conversation with a Stone, respectively written by the Israeli composers Josef Tal and Ella Milch-Sheriff, in a 2016 production staged at the Music Academy in Cologne and the Old Synagogue in Wroclaw.

Shira Patchornik was born in 1994 and began singing at an early age. As a member of a girls’ choir in Tel Aviv, she appeared in many productions at the Israeli Opera and developed a taste for the big stage. Her first solo appearances, likewise at the Israeli Opera, followed when she was a teenager, with the children’s parts in The Cunning Little Vixen and Tosca, as well as Flora in Britten’s The Turn of the Screw.

The young soprano pursued performance studies at the Buchmann-Mehta School of Music in Tel Aviv and postgraduate vocal training at the Hochschule für Musik und Theater in Leipzig. Her appearances in conservatoire productions included Telemann and Humperdinck operas in Tel Aviv, and the role of Cleopatra in Handel’s Giulio Cesare in Leipzig. In 2017, she enjoyed success in three different international competitions: as a finalist at the Albert Lortzing Competition in Leipzig, a prizewinner at the Kammeroper Schloss Rheinsberg Competition, and a finalist and recipient of the Jürgen E. Schmidt Prize at the Otto Edelmann Singing Competition in Vienna.

The young Israeli soprano made her debut at the Znojmo Music Festival in the Czech Republic under the baton of Roman Válek. The production was directed by Tomáš Ondřej Pilař.

Israeli soprano Shira Patchornik has walked away with 4 prizes at the most recent Antonio Cesti Competition for Baroque Opera in Innsbruck. In addition to securing the 1st Prize and Audience Prize, Shira was also awarded the Prize of the Vienna Konzerthaus and Prize of the Internationalen Barocktage Stift Melk in Austria! Watch here for her performance in the final:

Soprano Shira Patchornik debuts at the Opera National de Lorraine Nancy as Flora in Britten’s Turn of the Screw on April 7, 2021!