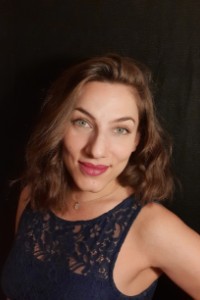 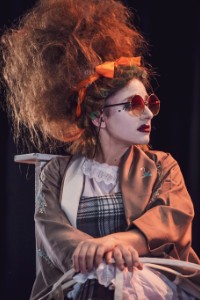 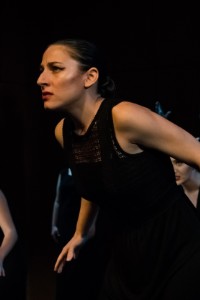 The year 2022 brings a great number of artistic challenges for the charismatic Greek soprano, Sofia Poulopoulou. In June she will debut Donna Elvira in Don Giovanni, at the National Opera of Bucharest in Romania, while in February she was honored to be a finalist in the AsLiCo competition, at Teatro Sociale di Como, Italy. In 2021, she was a participant of Belcanto academy/Opera Studio Pergine, where, on numerous occasions, she performed scenes of: Attila as Odabella, Aida as Aida, Nabucco as Abigaille, La traviata as Violetta Valéry, and Die Zauberflöte as Queen of the Night. In July 2021 she won the first prize and distinction of excellence at the XON classical singing competition in Athens, Greece. In October 2019 she was a finalist in the Ebe Stignani competition in Imola, Italy. At a young age, she debuted as Susanna in Le nozze di figaro and Pamina in Die Zauberflöte, at the productions of the Royal Conservatoire of Antwerp. She also debuted as Woglinde in Götterdämmerung and Servilia in La clemenza di Tito, in Lidal North’s productions at The Norwegian Opera & Ballet. Additionally, she appeared at de Singel International Kunstcampus Antwerp as Lady Billows in Britten’s opera Albert Herring. Sofia has performed at Megaron - The Athens Concert Hall as part of the Lamento die Arianne project, and in concerts with the Kamerorkest Con Spirito, the Symphonietta & the Camerata Sint-Paulus Antwerpen as well as the Kammerorchester Gelsenkirchen, among others. Sofia Poulopoulou holds a Bachelor’s degree in Classical Music-Vocal studies from the Royal Conservatoire of Antwerp, where she studied with Gary Jankowski. Furthermore, she has obtained a diploma in Opera from Odeion I.Sygkelaki, Athens, Greece. Following her graduation, she continued her vocal development in lessons with Hara Savino, Christina Giannakopoulou, and currently with Francesca Micarelli. She has participated in numerous masterclasses held by William Matteuzzi, Trish McCaffrey, Lisette Oropesa, Martino Faggiani, Christiane Karg, Solveig Kringlebotn, Maciej Pikulski, Christoph Prégardien, Malcom Martineau. In October 2019 she joined the voice faculty of the Royal Conservatory of Antwerp, as a teaching assistant to Gary Jankowski. In 2017-2019 she was a participant in the prestigious MM academy of Opera La Monnaie, Brussels. In December 2015 she received the Alumni Association scholarship of the National Conservatory of Athens.