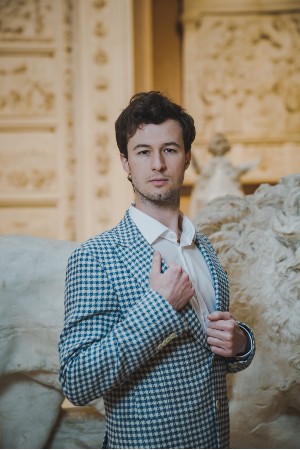 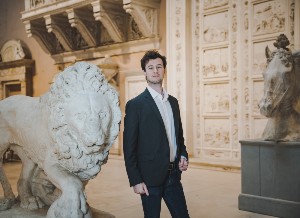 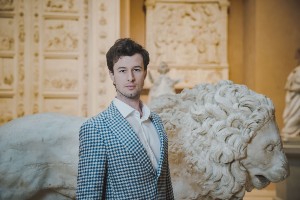 In the 2019/20 and 2020/21 seasons, he was heard in a wide variety of roles at the Zürich Opera House as a member of the International Opera Studio. At the same venue, he portrayed Stanislaus from Der Vogelhändler in 2018.

In 2017, he sang Ottokar from Der Zigeunerbaron at the Operettenbühne Hombrechtikon. He is a finalist of the International Othmar Schoeck Competition 2016. Mr. Bernard has also performed on concert stages with renowned orchestras such as the Zürich Chamber Orchestra. Oratorios such as Bach's St. Matthew Passion, Haydn's Creation and Mozart's Requiem are central works in his repertoire.

Luca Bernard is a study prize winner of the Prof. Armin Weltner Foundation and Migros Kulturprozent.

From fall 2013, he studied at the Zürich University of the Arts, initially piano with Prof. Eckart Heiligers and from 2014 additionally voice with Prof. Scot Weir. In June 2018, he graduated with a Master's degree in Performance.

Born in Zürich, the lyric tenor Luca Bernard gained early experience on stage as a member of the Zürich Sängerknaben where he, among other things, sang the 2nd Knabe in Mozart's Die Zauberflöte at the Zürich Opera House.

The Swiss lyric tenor made his role debut at the prestigious festival under the musical direction of Ben Glassberg.